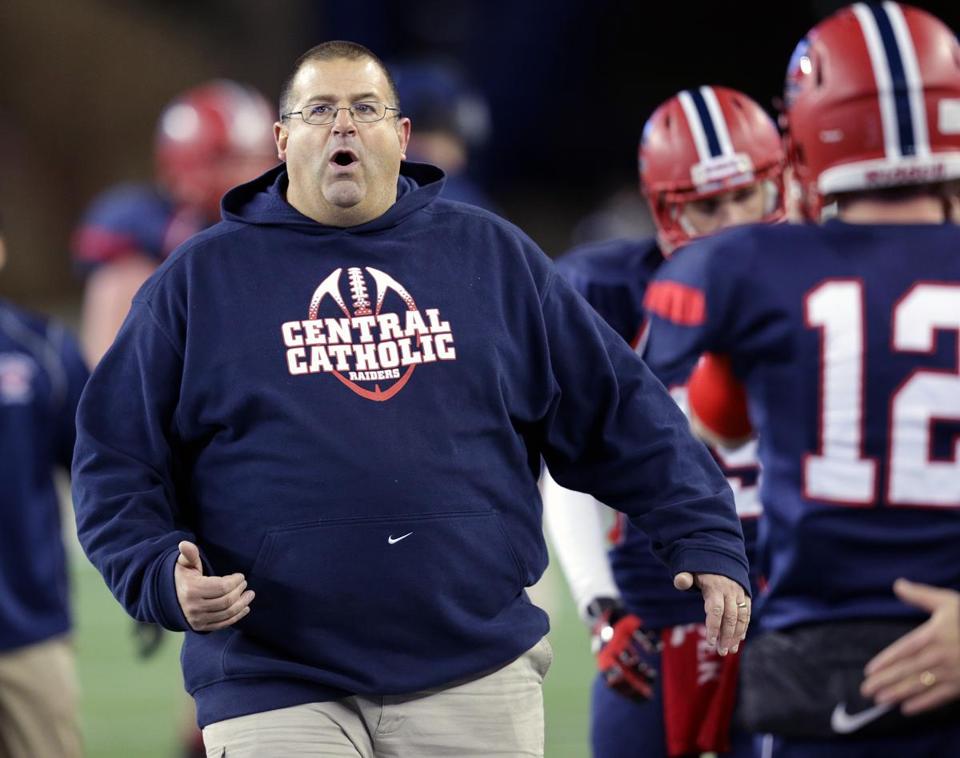 Its week two of the Massachusetts High School season. Here are some games I’ll be watching this week.

1. Xaverian travels to Bridgewater-Raynham tonight to battle a BR team that is licking its wounds after a 35-14 loss to Duxbury. The X struggled offensively last week but that was against Everett. Look for the Hawks multiple offense to get back on track tonight. It’ll be intresting to see if BR coach Dan Buron sticks to his I, ground and pound philosophy or if he spreads out the X.

2. Its the Spread vs. Ground and Pound tonight as Foxboro visits King Philip in an old school Hockomock League showdown. Both teams enter the contest at 1-0 after wins against Hingham and North Attleboro respectively. These two teams have played some classics of late and tonight should be no different.

3. Central Catholic, St. John’s Prep could be the best game of the weekend. Can the run and gun Raiders hold up physically against the Prep’s multiple offense? The Prep squeaked by Haverhill last week but I suspect coach Brian St. Pierre will have them ready for Central. This is a big game for both schools. Not just on the field, but off the field as well. Its bragging rights and regional appeal when it comes to prospective students.

4. Marshfield, Stoughton will be an old school, Wing-T slobber knocker tonight. Both teams are coming off impressive road wins last week where each offense scored over 45 points. Don’t expect as many points tonight.

5. I wonder if Andover will slow down their pace offensively tonight against Billerica and help out their defense?  I say no. The Warriors will play fast because they have to. Billerica will be just as physical as B.C High except they’ll do it out of the spread.

6. Tonight could be the biggest regular season football game in Braintree football history when the Wamps host Mansfield. It is a program defining game for coach Brian Chamberlain and his Wamps. If Braintree wants to be in the conversation in Division One, they need to win tonight.

7.  I can’t even remember the last time the Walpole Rebels started a season 0-2 but it is a real possibility when they travel to Needham tonight to battle the Rockets.

8. I don’t remember the last time the Taunton Tigers started a season at 3-0 but it is a real possibility tonight when Taunton hosts Durfee and Franklin next week. The talent will be in place for Brad Sidwell to build something. All it will take is buy in on the part of the players.