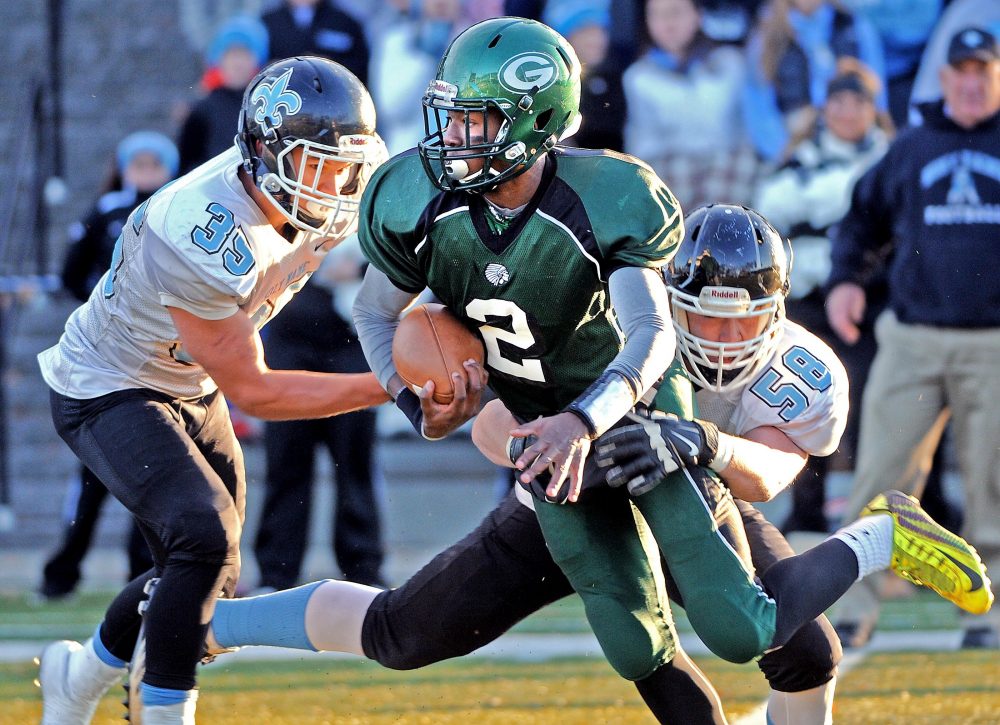 Ifeatu Melifonwu is the best player in the state that most people don’t know about.

The upset of the weekend in Massachusetts had to be Dartmouth’s 13-6 win over B.R. Then again, was it an upset? Dartmouth has a 13 game winning streak. They are pretty darn good.

1.I can’t say I am surprised Dartmouth beat B.R. Rick White is one of the best coaches in the state of Massachusetts and his teams are always physical and tough.

2. Just another day at the office for the Xaverian defense which held Brockton to a touchdown in a 28-7 win. The win was Head Coach Charlie Stevenson’s 200th career win. Congrats Coach Stevenson!

3. St. John’s of Shrewsbury is flying under the radar but the Pioneers can sling it as evident by their 38-35 win over rival Shrewsbury. I don’t know how much longer they’ll fly under the radar.

4. North Attleboro has found their swag again offensively. They put on a Spread Wing-T clinic against Sharon in a 41-0 win. The Red Rocketeers will be a sleeper in the loaded D2 South field.

5. Grafton’s 7-0 win over Northbridge was impressive for several reasons but the play of Syracuse commit Ifeatu Melifonwu continues to be the story for the Indians Melifonwu is a force on both sides of the ball. He is the best player in the state that no one east of Route 2 knows about.