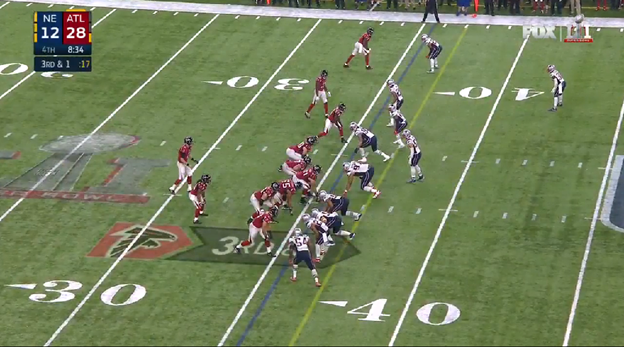 Sorry Patriots fans, I hate playing the part of Patriots detractor but the fact of the matter is, the Falcons gave Super Bowl 51 away.

Thanks to bad play calling and bad game management, the Patriots were able to overcome a 25 point deficit and rally for a 34-28 overtime win. I am not taking anything away from the great Tom Brady or the Patriots. Brady was magnificent in the fourth quarter and in overtime. I am just stating a fact.

When the game was on the line, the Falcons let it run down their leg. The collective lack of Super Bowl experience cost them dearly in the fourth quarter. Dan Quinn has coached in three of the last four Super Bowls but his experience wasn’t enough to make up for his team’s lack of experience.

That lack of experience was especially evident on offense. Offensive coordinator Kyle Shanahan is facing some harsh criticism for his play calling in the fourth quarter and rightfully so. He mismanaged three situations that cost the Falcons a championship.

Let’s take a look the three plays that impacted this game the most and what the Falcons could have done differently.

The Falcons lost this game in my opinion with 8:34 left in the fourth quarter. The score was 28-12. They still had momentum despite the fact that the Patriots had scored two touchdowns to close the gap. You figure up by 16, Atlanta would have run the ball in this situation. Nope!

Instead, they came out in 10 personnel and ran four vertical breaking routes. Dont’a Hightower came off the edge on the split end side and sacked Matt Ryan, forcing a fumble. This was a turning point in the game because the Patriots capitalized on it by scoring a touchdown a few plays later and converting a two point conversation.

What The Falcons Should Have Run

The Falcons should have come out in 22 personnel and run I-Flanker Rt. 26 BOB. A two-back lead play that gives Devonta Freeman the option of sticking the run in C gap or cutting it back A gap to B gap. Atlanta only needed a yard. Freeman runs bigger than his size. He runs with good balance and power. He would have gotten it. I don’t buy the “Alex Mack was hurt” excuse Dan Quinn threw out there after the game.

After getting hit for a one yard loss on a crack toss on the previous play, the Falcons came out in 11 personnel and got into a gun split formation. Given the alignment of the backs, the Falcons were clearly throwing the football. The Patriots recognize this. With no imminent run threat, the Patriots defensive line and outside linebackers could pin their ears back and rush the passer. That is exactly what they did. Trey Flowers sacked Ryan for a 12 yard loss. The Falcons had the ball on the 23 yard line. They were in position to kick a 40 yard field goal. Instead, they lost 12 yards and end up on the 35 yard line.

What the Falcons Should Have Run

The Falcons should have come out in 11 personnel like they did but instead of throwing a straight drop back pass, they should have run a naked boot leg off of the stretch. Shanahan ran a lot of naked boot plays with Ryan this season. Ryan is deceptively athletic. Why not get him on the edge and give him a run pass option. He can hit Austin Hooper in the flat or hit the drag behind him. The Patriots were bracketing Julio Jones anyway so he would have gobbled up Duron Harmon and Logan Ryan. It is a nice, safe call that enables the Falcons to get some yards back or at the very least, maintain the field position they have if Ryan throws it away.

The Falcons could not afford to go back any further or else they would have ended up out of field goal range. They stay in 11 personnel and line up in a wing formation with compressed twins to the left. Julio Jones lines up as the tight slot and runs a crosser. Mohamed Sanu runs a 10 yard out cut. The play call and route design aren’t bad but again, it is all about running the football and working the clock in this situation. Left tackle Jake Matthews was called for holding and that pushed them back 10 yards. It is now 3rd and 33 and Ryan throws an incomplete pass. The Falcons are now out of field goal range and have to punt. Shanahan in essence threw the Falcons out of field goal range.

What the Falcons Should Have Run

At this point if you are the Falcons, it is all about staying in field goal range. Run what I call a recovery play. It is all about recovering the yards you have lost and staying in field goal range. That’s why I would have stayed in 11 personnel and run a halfback draw with a smoke screen built in to each side in case the corners were playing off. If it is a five man box, run the draw. If it is a six man box with soft coverage outside, throw the quick smoke screen right now and let your receiver make a play. It is a safe and easy call. Bottom line, all the Falcons needed to do was pick up some of the yards they had lost and to position themselves for Matt Bryant to kick a field goal.

The Patriots deserve to win Super Bowl 51. They earned it. There is no question however that the bad play calling of Kyle Shanahan and the mismanagement of the game by Dan Quinn contributed to the win.

If the Falcons run three different plays in these situations, they would be celebrating today, not the Patriots.