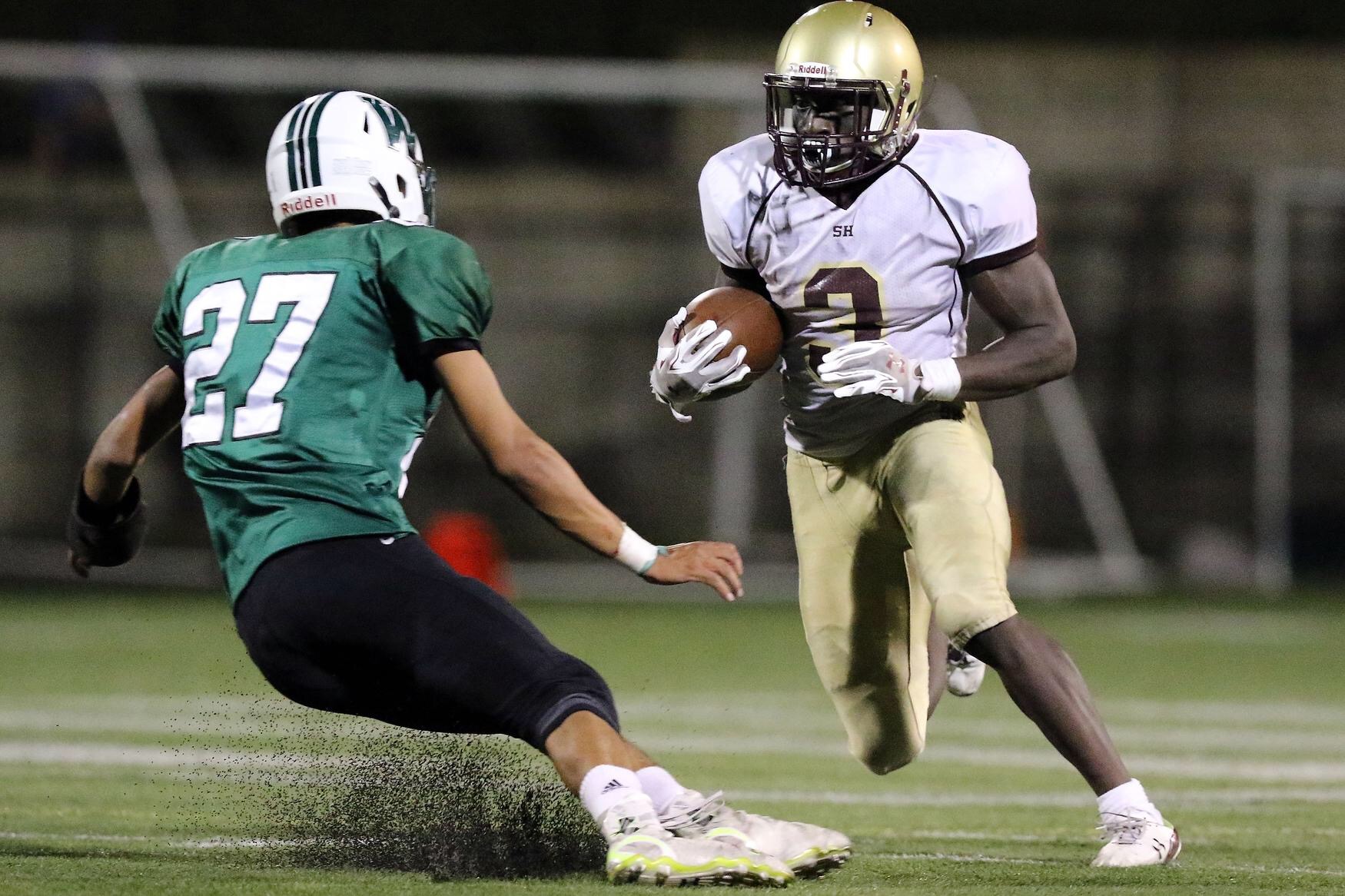 Shepherd Hill running back Kevin Mensah has finally found a home. Mensah announced yesterday that he will be attending the University of Connecticut this fall and play for the Huskies.

Thank you to all the schools that have recruited me in the last 3 years…. pic.twitter.com/3VWuih19D9

It has been a whirlwind year for Mensah who announced at the end of last school year that he was leaving Holy Name High School to attend Shepherd Hill Regional High School.

As a result of the legal battle, Mensah fell behind academically and ran into issues with the NCAA Clearinghouse. Several major programs including Michigan and Boston College declined to offer Mensah a scholarship as a result.

Mensah was planning on attending St. Thomas More and doing a year of prep school. When Randy Edsall was hired at UConn in January, he reached out to Mensah and showed interest. Mensah was able to get his grades up this past spring and as a result, he will be attending UConn this fall.

Mensah is a steal for the Huskies. He rushed for 1,255 yards and 13 touchdowns last season and he didn’t even play a full season because of his transfer issues. Mensah is a big play threat who can change the complexion of a game on one play.