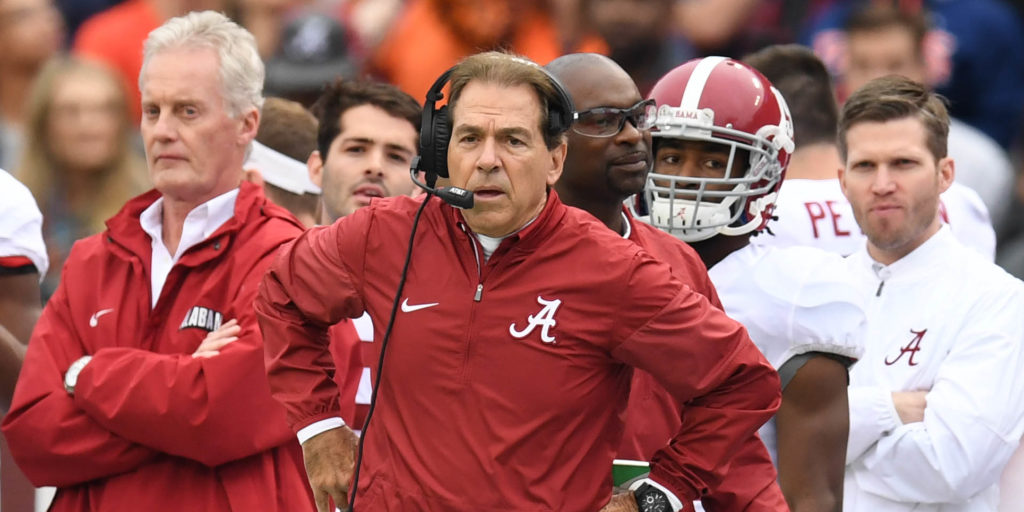 The Nickanator is not happy with the early signing period in college football.

I have several issues with the early signing date as well. Here are my three biggest issues with it.

1. Hurts Programs Playing in Bowl Games: Programs that have been prepping for their bowl games the past two weeks are being negatively affected by this new signing period. If your coaches are at practice, they are not on the road recruiting. It puts a lot of pressure on staffs across the country to get their teams ready for bowl games and stay on the phones with their recruits. The schools that are not playing in bowl games have a distinct advantage.

2. It is Risky Business Getting an Early Commitment: Getting an early commitment is risky business because some recruits haven’t received their first semester grades yet. If a school gets a commitment from a four or five star recruit but their first semester grades haven’t been processed yet, it could end up being an issue if that recruit failed a class and doesn’t qualify with the school or the NCAA clearing house. College coaches are going to have to do more work with high school coaches and guidance counselors to ensure that these recruits are eligible to gain admission into their school.

3. Benefits the Blue Bloods: Let’s face it, the reason the NCAA created this early signing period is to benefit the blue bloods of college football. Sure, they want to give recruits a chance to get on campus earlier but this early signing period benefits Alabama, Michigan, Georgia, Ohio State and Clemson more than it does a MAC school. Let’s not pretend like this was done to help the little man at the FBS level. It was implemented to fast track the four and five star recruits to the power schools in college football.

It will be interesting to see what the feedback is regarding the early signing period. Something tells me it will get mixed reviews. It all depends on who commits where. If Alabama lands a couple of five star recruits between today and Friday, Nick Saban will eat his words and openly support the early signing period. If he doesn’t, he will whine and complain like he always does.