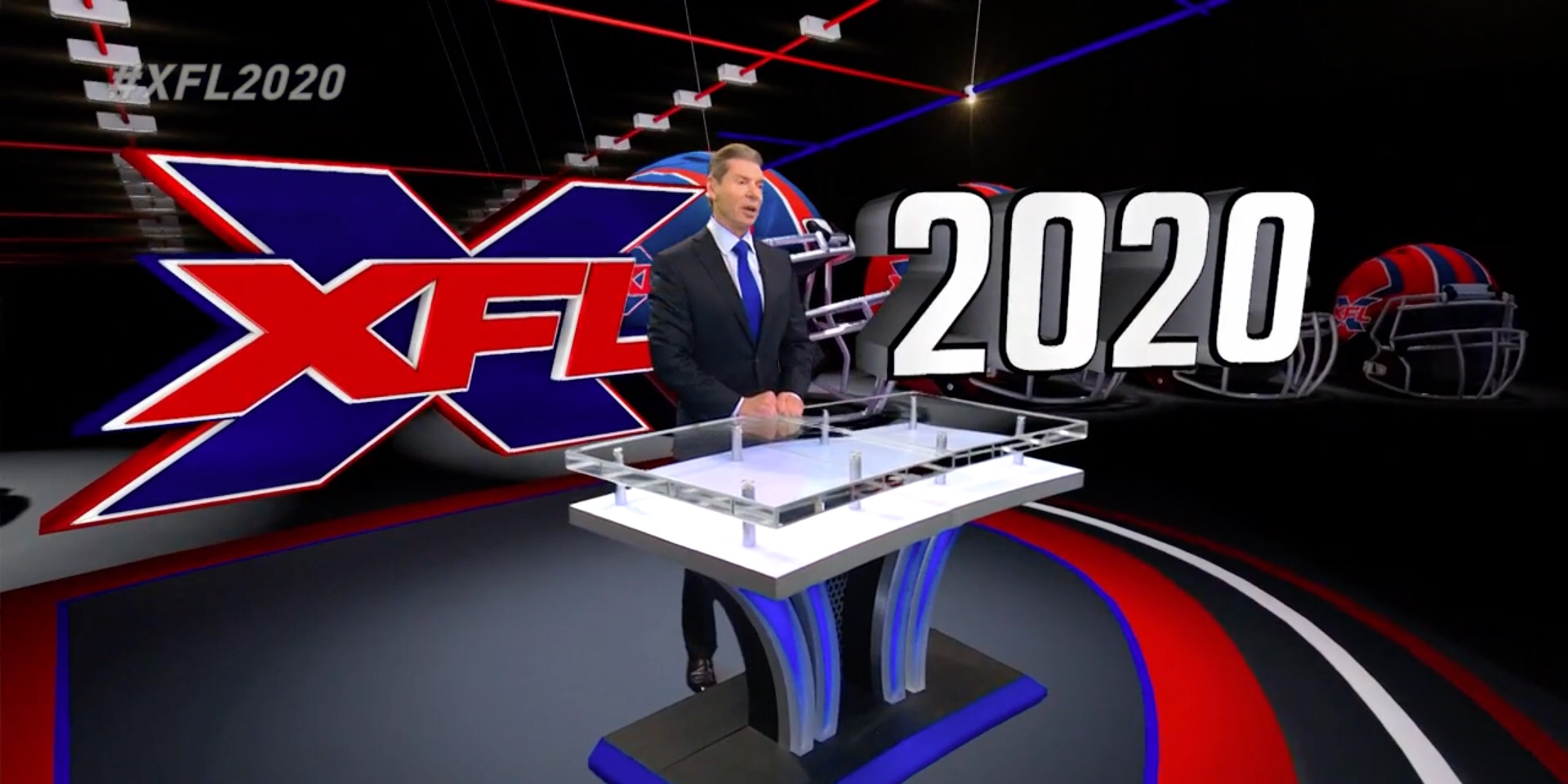 WWE founder and chairman Vince McMahon announced on the Thursday that the XFL will be returning in 2020, 19 years after the league debuted.

McMahon is committing $100 million dollars to get the league off the ground and will be the sole owner of the league and the eight teams that will make up the league.

McMahon promised no gimmicks this time around. None of the wrestlers or personalities affiliated with the WWE will be involved with the league.

The season will start in January and end sometime in April. McMahon reiterated that the XFL is not an NFL development league. The league will be in direct competition with the NFL.

Here is what McMahon outlined in his press conference regarding the new league.

-Players with a criminal record are precluded from playing in the league.

– Players will not use the league as a forum to take a stance on social issues.

All of this sounds good and it sounds like it plays to Donald Trump’s base but the reality is, the new XFL will fail just like the original XFL failed.

Here are five reasons why the XFL will fail.

1. Vince McMahon: McMahon is a brilliant businessman and marketer but the reality is, he is seen as the face of “fake” wrestling. America has a love, hate relationship with wrestling. Some people love it, some people hate it. The people that hate it or don’t watch wrestling won’t give the league the time of day. It’s the people who watch the WWE and like McMahon that will watch the league. That won’t be enough to attract a national audience or ratings.

2. People Don’t Care For Spring Football: As much as people in this country love football, they don’t love it year round. College Football and the NFL is more than enough football for the average fan. The USFL, the World League, NFL Europe and the original XFL all failed because they failed to attract viewers and generate interest. When you don’t get ratings, you don’t get advertisers. The “New” XFL will fail because people don’t watch football in the spring. It’s really that simple. They want something else.

3. The Trump Factor: McMahon’s wife Linda is in Trump’s cabinet. The McMahon’s and Trump are good friends. McMahon has made it clear that players cannot take a stance on social issues and play in the league. That will turn some people off and as a result, they will not watch.

4. The Product Will Not Be Good: Lets face it, there just aren’t that many good players out there and as a result, the product will suffer. I don’t care how McMahon packages it. If the talent on the field is not good enough, the product will not be good enough. Signing Tim Tebow or Colin Kaepernick won’t be enough to make the league attractive. People will not watch minor league football, which is what the XFL will be.

5.It’s the XFL: Friends that I have talk to about the return of the XFL all remember Rod Smart AKA He Hate Me and the cheerleader gimmicks. They don’t talk about the teams or the quality of play because that’s not why they tuned in. They are expecting more of the same when the league returns in 2020. Unfortunately for them, they will be disappointed. It’s not going to be the XFL of 2001. It’s going to be a watered down version. That’s not going to attract the old fan base back. McMahon would have been better off calling the league something else.

I love football, so I will tune in and give the new XFL a chance. Most of America however will not be watching and ultimately, that’s why the league will fail.