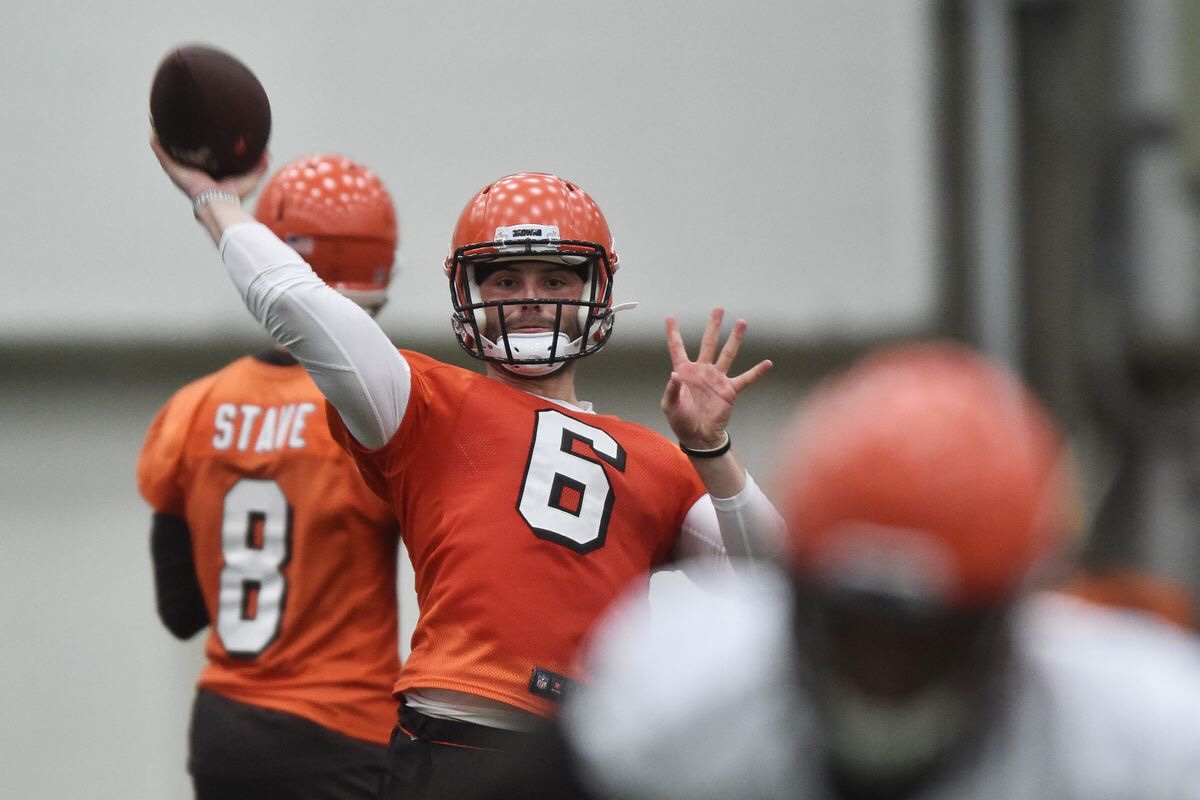 It is never too early to start making predictions for the 2018 season. Here are five teams that I think will be vastly improved in 2018.

5. Cleveland Browns: Yes. The Cleveland Browns will surprise people in 2018. I know they have become a sexy pick for experts because of the additions of Baker Mayfield, Jarvis Landry and Carlos Hyde but there are other reasons I like this team. The hiring of offensive coordinator Todd Haley is perhaps the biggest reason I think Cleveland will turn things around in 2018 because they will be better offensively. Haley will scale things back and focus on playing to the strengths of the players. Defensively, the Browns have the potential to be a top ten unit if they get consistent secondary play. I know it’s hard to fathom, but the Cleveland Browns have the potential to be really good in 2018.

4. Chicago Bears: The Bears re-tooled their receiving corp with the additions of Allen Robinson, Taylor Gabriel, tight end Trey Burton and rookie wide receiver Anthony Miller. All four will give quarterback Mitchell Trubisky some viable options in the passing game. The Bears will score points with new head coach Matt Nagy calling the plays. Their success will depend on what their defense does.

3. Baltimore Ravens: John Harbaugh is in a win now or else situation in Baltimore. The Ravens have missed the playoffs each of the last three years. With the additions of Michael Crabtree and Willie Snead along with rookie tight ends Hayden Hurst and Mark Andrews, Baltimore should be much better offensively. As always, it comes down to Joe Flacco and consistency. Flacco has to be better in 2018. The Ravens hopes ride on him turning things around. If Flacco plays better, the Ravens are good enough everywhere else to be a playoff contender.

2. San Francisco 49ers: Jimmy Garoppolo led the 49ers to four straight wins to close out the 2017. Expectations are high once again in San Francisco and why not? With a re-tooled roster and a franchise quarterback in Garoppolo, there is no reason for the 49ers not to contend for a division title or playoff spot. The pieces are in place. If Kyle Shanahan and his staff put it together, the 49ers could be a dangerous team in 2018.

1. Los Angeles Chargers: If the Chargers had a kicker, they would have made the playoffs last season. On paper, this is as talented a team as any in the AFC. Offensively, Phillip Rivers is a household name but it is the Chargers other skill players that makes their offense so dangerous. Running back Melvin Gordon, tight end Hunter Henry andreceivers Keenan Allen and Mike Williams form a talented nucleus with big play capability.

While the offense is good, it is the Chargers defense that is the single biggest reason I think this team can contend in the AFC. They are good across the board at all three levels. They can generate pressure up front and create turnovers on the back end. The requisite parts are in place and so is the coaching. If this team stays healthy, they should make the playoffs in 2018.