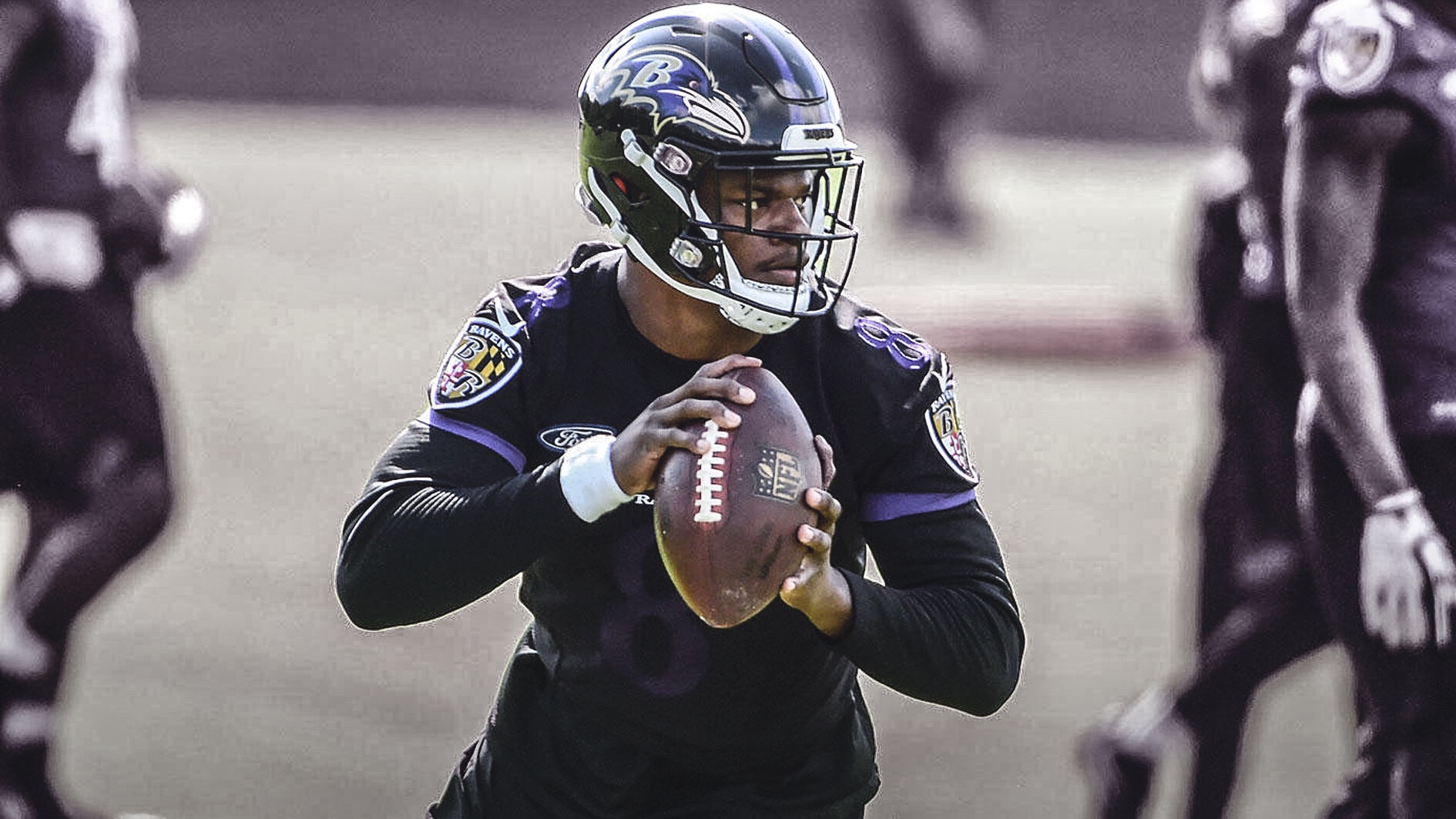 The Baltimore Ravens drafted quarterback Lamar Jackson with the 32nd pick in the first round in this year’s draft. The pick raised eyebrows however because the Ravens already have Joe Flacco at quarterback.

Flacco has struggled with consistency the past two seasons but he is still considered a top twenty quarterback in the NFL. Based on that, you would think that Jackson probably won’t play anytime soon.

Not true. Ravens coach John Harbaugh announced during the team’s June mini-camp that the team plans to employ packages that feature Jackson at quarterback.

The packages the Ravens will employ will be similar to what Run Game Coordinator Greg Roman did when he was the offensive coordinator with the San Francisco 49ers. Roman ran a lot of zone read and veer read concepts with Alex Smith and Colin Kaepernick. Jackson did many of the same things conceptually at Louisville under Bobby Petrino.

Diagrams 1 and 2: Veer Fold: Jackson has experience running veer run plays out of the pistol from his time at Louisville. Run game coordinator Greg Roman utilized the same pistol veer concepts when he coordinator the 49ers offense when Colin Kaepernick was the quarterback. Look for Baltimore to make veer read plays the centerpiece of their package for Jackson. He run a lot of veer out of pistol and shotgun.

Diagram 4: Veer Option: Veer option is another component of the veer quarterback run game. Veer option would allow the Ravens to use Jackson and running backs Alex Collins and Kenneth Dixon in the game at the same time. Collins would be the single back because he is more of a down hill runner. Dixon is more elusive in space so he would be the pitch back. On the snap, Jackson would read the FSDE for the give or pull key. If Jackson pulls it, he would then read the nickel corner for the pitch key. This is a true triple option play.

Diagram 5: Veer Power: Veer Power is a pure man gap running play. It is a traditional power running play with a front side read. Jackson will read the defensive end. Based on the end’s reaction, Jackson will either give it on the veer power or pull it and get behind the arcing tight end who will act as a lead blocker. Again, Jackson did a lot of this at Louisville so he is comfortable with the reads and the RPO’s off of these read plays.

Diagram 6: Quarterback Stretch: The Ravens will also allow Jackson to run the football without a read attached to the play. Quarterback stretch is a great way to get an an athlete like the ball in space and allow him to make a cut and make a defender miss.

Diagram 7: Power Stretch: A staple quarterback read play in the spread offense, Power Ride is an effective way to run the quarterback inside the tackles. Jackson would read the frontside defensive end. If he comes down inside, he gives the back to the back on the stretch. If the end sinks or “feathers it”, Jackson would pull it and get behind the guard.

Diagram 8: Run, Pass Option: RPO’s have taken over at every level of football now. They are an integral part of offenses across the country. Jackson has plenty of experience with RPO’s from his time at Louisville. The Ravens will use RPO’s early on as a way to get Jackson comfortable with the offense. On this play, Jackson reads the SAM linebacker. If he fills to support the run, Jackson pulls it. If he stays or drops, Jackson give the ball to the back. Conceptually, it’s easy.

Diagram 9: PSO’s or pass, screen options are similar to RPO’s but easier from areas standpoint for the quarterback. Jackson would read the coverage pre-snap. Which ever side offers the best match and the most high percentage play, Jackson would go to that side. The Ravens could also build in a quarterback draw if the defense is in a five man box like they are in this look.

Diagram 10: 3-Step Drop: The Ravens will throw the ball with Jackson as well. They will emphasize three step drop and play action passes. On this play, it’s a simple three step stick concept with a back option route. Route concepts like this are universal and great for young quarterbacks.

Diagram 11: Veer Play Action Pass: The Ravens will have plenty of plays off of their veer running game. This play action pass is an example of it. It’s a simple three man concept with max protection. The two backs would check release if they was no blitzes.

Diagrams 12 and 13: Play-Action Passes: Traditional two back play action pass plays are a great way to get a young quarterback into rhythm. They cut the field in half and the reads are easy. Here we have two basic West Coast offense play action passes that the Ravens will install early in camp.

Defending a dual threat quarterback is the toughest thing in football. Defensive coordinators stay up st night thinking of ways to stop a running quarterback. That is what Jackson will do for the Ravens. He will give them another dimension that will make them tough to stop offensively. Jackson’s role won’t be a gimmick. The Ravens will carve an important role for him in the offense.