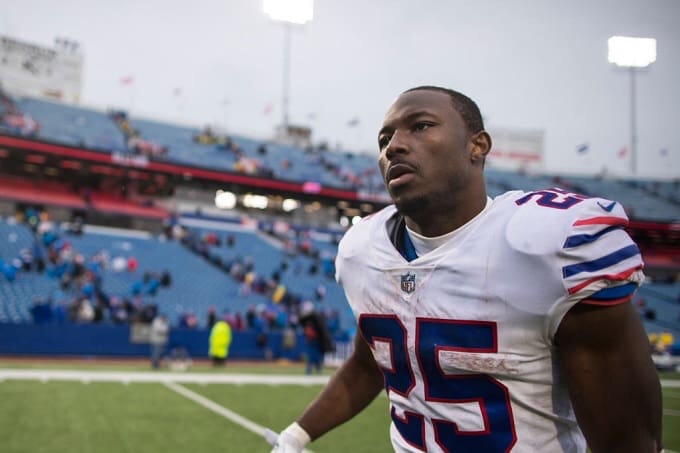 With NFL training camps opening up this week, there has been an unusual amount of NFL news making headlines. Here are four stories that caught our attention.

1st Down: LeSean McCoy in Hot Water: I am not going to get into the specifics of this bizarre LeSean McCoy story but according to his ex-girlfriend’s lawyer, McCoy may have hired someone to rob her. The robber stole jewelry from the home that McCoy bought for the victim and he physically assaulted her.

The victim’s lawyer is going to have to prove that McCoy was linked to the robbery, if he was somehow, his career is over. Furthermore, if McCoy is in fact connected to the crime and is tried and found guilty, he could be facing serious jail time.

McCoy has denied the allegations but the Bills need to prepare for the possibility that he might miss time this season.

2nd Down: DeMarco Murray Retires: Running back DeMarco Murray retired at the age of 30 on Friday after seven seasons in the NFL. Murray was released by the Titans in March. He did not receive any offers this off-season. After rushing for 1,287 in 2016, Murray rushed for a career low 659 yards last season.

3rd Down: McAdoo Talks SmackAdoo: Former New York Giants coach Ben McAdoo had some choice words last week regarding the upcoming season and the NFC East. I won’t get into what he said but McAdoo had an awful lot to say for a coach who didn’t even yield assistant offers this off-season.

4th Down: Romo Predicts a Green Bay, Jacksonville Super Bowl: Tony Romo is predicting a Packers, Jaguars Super Bowl. Not a bad pick I suppose but both teams have major flaws. The Packers have a lot of question marks on defense while the Jaguars have to prove their offense could score enough points to beat a team like the Patriots in the playoffs. Romo isn’t exactly going out on a limb with the pick but I don’t agree with it either.