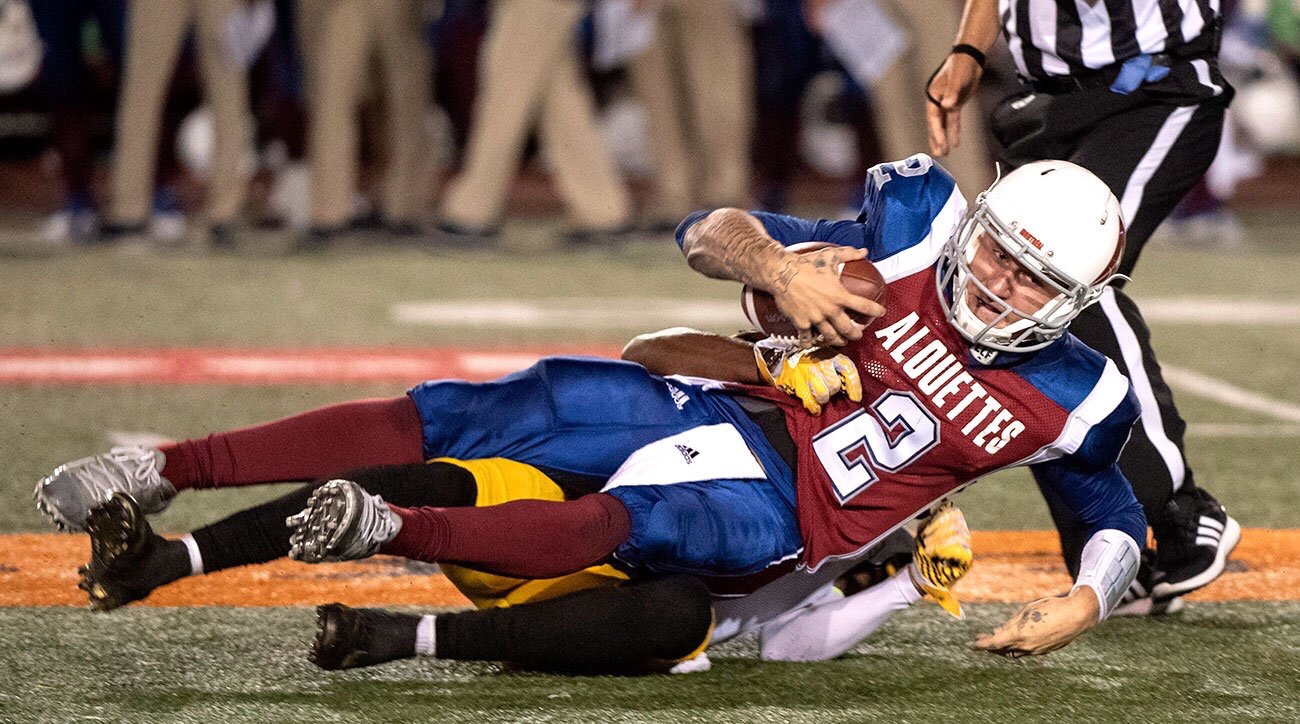 Johnny Manziel made his debut last night for the Montreal Alouettes against his former team the Hamilton Tiger Cats. To put it mildly, Manziel sucked! He was awful!

Manziel threw four first half interceptions and finished 11/20 for 104 yards and the four picks. It was a dreadful performance for a quarterback who looked out of sorts playing in a CFL offense.

Obviously it is too early to proclaim that Manziel’s CFL career is over but he was terrible. It is certainly not a good start for him especially considering the fact that Montreal traded for him.

Manziel is under contract for another two years so barring getting an opportunity with an NFL team (highly unlikely) he is not going anywhere. The “Als” as they are called in Montreal are going to ride and die with him.

What we saw tonight is what Manziel is. An undersized quarterback with an average arm who makes bad decisions. Sure, his supporters will say he has no talent around him. Even if he did, it doesn’t matter. The game at this level is too fast for him and he lacks the physical tools to succeed in the CFL and the NFL.

What you saw tonight folks is what Manziel is. A bad quarterback living on his college reputation.