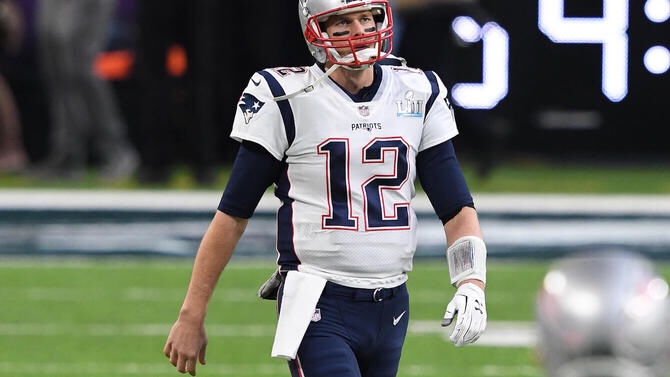 Let’s be honest. There’s not much to talk about with the quarterbacks. Tom Brady AKA The GOAT will once again be the starter and Brian Hoyer will be his back up. Rookie Danny Etling will get an opportunity to show what he can do in the pre-season but at best, he will end up on the practice squad.

Here are my thoughts on the position.

Positional Thoughts: Tom Brady is entering his 19th season in the NFL and his 18th as the starting quarterback of the Patriots. The 41 year old is a modern marvel. Despite his age, Brady’s arm strength, pocket awareness and ability to manipulate coverages is as good as it has ever been. Brady is the measuring stick at the position and he is the greatest quarterback of all time.

Brian Hoyer is a veteran back who knows the system and has a ton of starting experience. Obviously the Patriots are hoping that Hoyer never plays a meaningful down at any point this season but if he had to, the Patriots could survive provided Brady wasn’t out for an extended period of time.

Danny Etling has good size (6-3 225) and pocket awareness. However he has average arm strength by NFL standards and can indecisive at times when it comes to getting the ball out. Bill Belichick will give Etling an extended look this pre-season but he has to prove he is worth rostering.

The Patriots go as Brady goes. As long as he’s healthy and playing at a high level, the Patriots will be a Super Bowl contender.