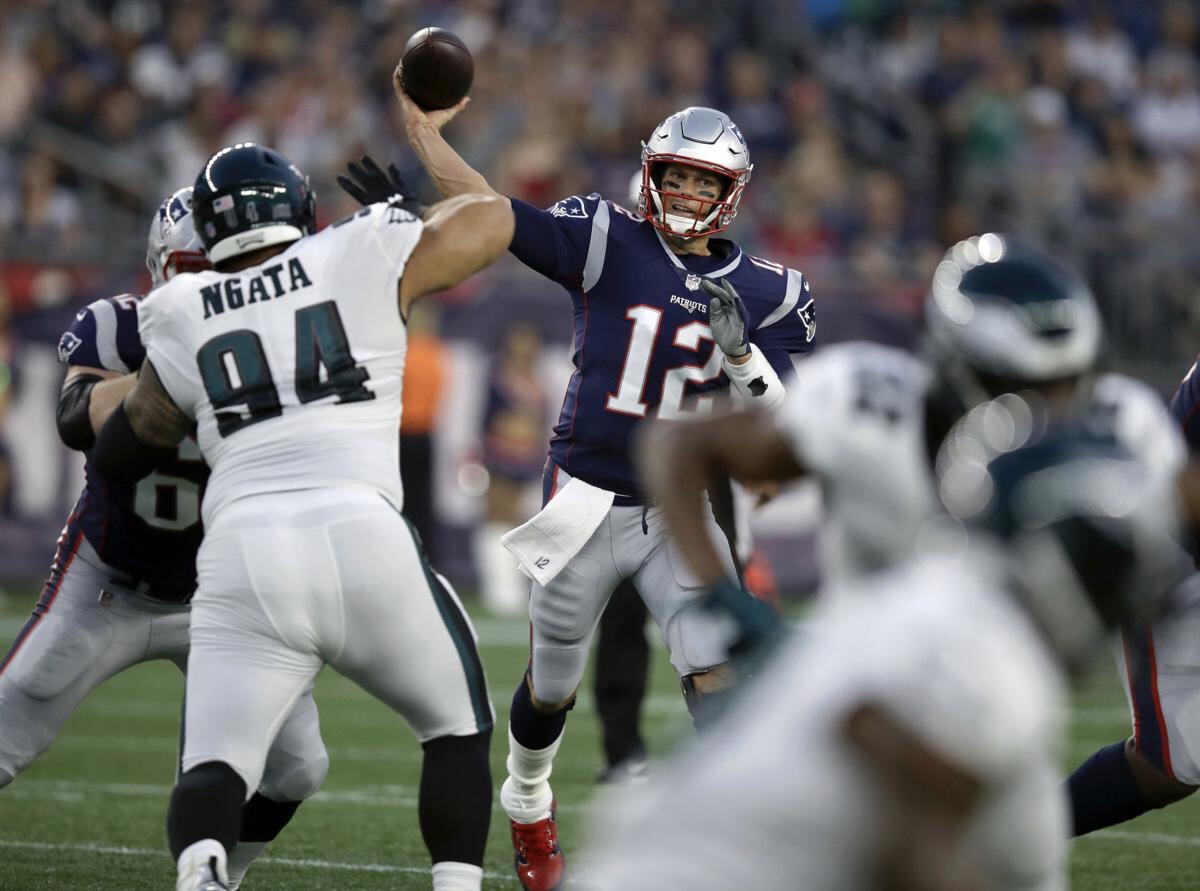 Game Rewind: The Patriots exacted a tiny measure of revenge against the Eagles last night in a 37-20 win at Gillette Stadium. The Patriots improved to 2-0 on the pre-season. Here are my thoughts on the game.

1. Brady Was On: Remember all that talk that Tom Brady was going to be rusty after missing voluntary OTA’s? Yeah. It didn’t matter. Brady played the entire first half and put up an impressive stat line in his 2018 debut.

Brady was 17-26 and threw for 172 yards and 2 touchdown passes. He had a quarterback rating of 116.2. Maybe it was the new helmet? Who knows. All I know is, the 41 year old Brady looks better than ever. At least right now anyways.

2. First Team Defense Was Better: The first team defense played much better in the first half last night than they did last week against the Redskins. They got consistent pressure on Nick Foles and did a pretty good job against Jay Ajayi and the Eagles running game.

The most encouraging aspect of last night’s performance was the pass rush. The Patriots hit Nick Foles on a consistent basis throughout the first half.

3. Cordarrelle Patterson is a Weapon: Cordarrelle Patterson was very impressive last night. We got a first hand look at what he can do one on one in space. Patterson had a long gainer on a play action perimeter screen and later scored a touchdown on a smoke screen. Patterson’s role diminished in Minnesota and Oakland but he appears to be in line for a bigger role with the Patriots.

4. Jason McCourty Struggles: Jason McCourty got extensive action last night and struggled. McCourty got beat soundly on a whip route and surrendered the Eagles first touchdown. There have been rumblings that McCourty’s spot on the roster might be in doubt. After last night’s performance, McCourty is facing an uphill battle.

5. Isaiah Wynn Blows His Achilles: The Patriots suffered a major blow last night when rookie first round draft choice Isaiah Wynn blew out his Achilles. It’s a terrible loss for the Patriots who were counting on Wynn to be a swing guard and tackle and possibly start at left tackle. Now he is going to miss his rookie season instead.