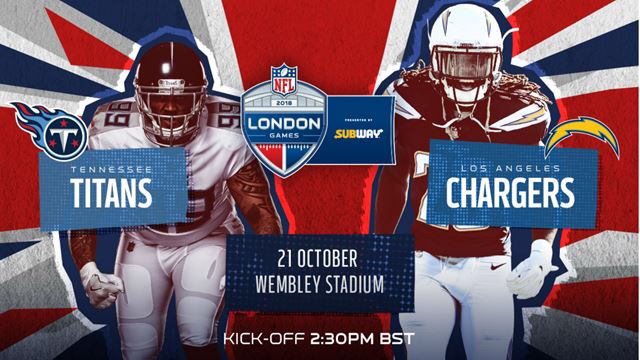 Here are my picks for week 7. It has been a bit of an up and down ride thus far but I am feeling a bounce back week.

Tennessee Titans vs. Los Angeles Chargers (-6.5, 45): The Titans offense has struggled thus far this season. I cannot see them keeping up with a Chargers offense that has big play potential and can score. Take the Chargers in this one.

Houston Texans (+4, 41) at Jacksonville Jaguars: The Jaguars offense is a mess right now and their defense hasn’t been much better of late. I expect a low scoring affair with the Texans winning by a field goal.

Detroit Lions at Miami Dolphins (+3. 46.5): The Dolphins can be a little trick or treat offensively but they have played well at home. The come from behind win over the Bears last week was a big boast for Miami’s confidence. The Lions present problems offensively but I think the Dolphins defense will play better and the Fish will win as a home dog.

Carolina Panthers at Philadelphia Eagles (-5, 44.5): The Panthers defense has struggled of late so this a great match up for an Eagles offense that is still trying to get back on track with Carson Wentz returning. -5 is a tricky number but I think Philly wins by a touchdown and covers.

Buffalo Bills at Indianapolis Colts (-7, 43): The Colts are hardly a no brainer pick most weeks but if there was ever a week, this is it. Buffalo will be without Josh Allen which means their offense will once again struggle. Take the Colts with confidence.

New England Patriots (-2, 48.5) at Chicago Bears: The combination of no Rob Gronkowski for the Patriots and the Bears defense means that this will be a low scoring affair. Give me New England by a field goal in what should be a tight game.

Cleveland Browns at Tampa Bay Buccaneers (-3.5, 52): The Browns defense was lit up by the Chargers last week. I see more of the same this week against Jameis Winston and a Bucs offense that is primed for a breakout performance after a tough three week stretch. I am putting my money on Tampa at home.

Minnesota Vikings at New York Jets (+3.5, 46): The Vikings defense has not played to the level that we thought they would going into this season. The Jets will move the ball on them. It is just a matter of finishing. I think they will. Give me the J-E-T-S, Jets, Jets in this one. I think they’ll win what could be a high scoring affair.

New Orleans Saints at Baltimore Ravens (-3, 49): The Ravens defense has found their mojo again and that is not good for Drew Brees and the Saints. I think Baltimore will run the football and lean on their defense to win this game. I like the Ravens as a short home favorite.

Dallas Cowboys at Washington Redskins (+1.5, 41.5): The Cowboys offense has struggled on the road. I expect more of the same today. Washington has been inconsistent thus far but they typically play well at home and they will get up for the Cowboys. Give me the Redskins as a slight home dog.

Los Angeles Rams (-9, 52) at San Francisco 49ers: Vegas is smarter than I thought. The Rams should be favored by 9. San Francisco’s offensive performance last week against Green Bay was fools gold (no pun intended). The Packers stink defensively. Give me the Rams to cover with ease. They are virtually unstoppable on offense right now.

Cincinnati Bengals at Kansas City Chiefs (-6, 58): The Chiefs bounce back after losing a tough one to the Patriots last week. Cincinnati cannot keep offensively and that will be the difference in this game.

New York Giants at Atlanta Falcons (-4, 54): A must win for both teams but I am giving the edge to the Falcons at home. They will make more big plays than the Giants and win by a touchdown.