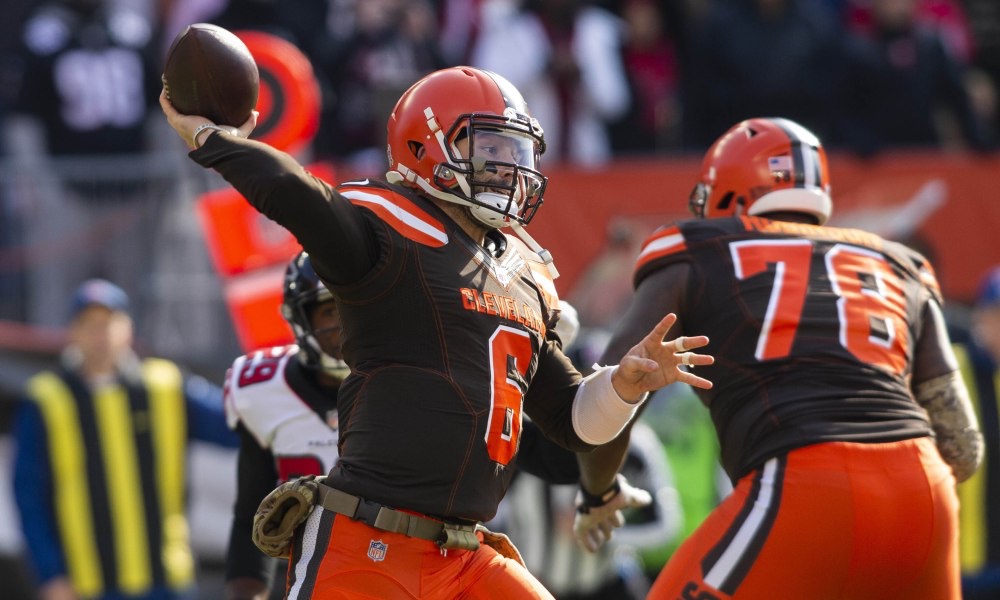 There is money to be made this weekend but it’s tricky. Here are my picks for Week 10.

Buffalo Bills at New York Jets (-7.5, 36.5): The Bills are awful offensively and Matt Barkley won’t change that. Even with Sam Darnold out, the Jets should have no problem scoring and covering as a home favorite.

Atlanta Falcons at Cleveland Browns (+6, 50.5): Something tells me the Browns will find a way to hang around in this game and keep this game close. I think Atlanta will win but the Browns will sore enough points to cover as a home dog.

New Orleans Saints at Cincinnati Bengals (+5, 54): I’m not saying that the Saints will have a let down after last week’s win over the Rams but I do think they will get off to a slow start and that will allow the Bengals hang around and make this game. Take the Stripes as a home dog.

Washington Redskins at Tampa Bay Buccaneers (-3, 50.5): Fitz Magic is BACK and as a result I am going to take the Bucs as a slight home favorite. Tampa’s offense matches up well against the Redskins defense.

New England Patriots (-6.5, 47.5) at Tennessee Titans: Tom Brady hasn’t lost a game going into a bye since 2005. Hrs not about to lose to former teammate Mike Vrabel and the Titans. Patriots cover with ease as a road favorite.

Jacksonville Jaguars (+3, 47) at Indianapolis Colts: Leonard Fournette is back and the Jags appear poised to make a late season run. I expect the Jags to run the football and for their defense to step up. I like the Jags in this game as a road dog.

Detroit Lions at Chicago Bears (-7, 44): The Lions are a mess right now, especially on offense. The Bears have been tough at home this season. The Lions don’t match up. Give me the Bears as a home favorite.

Arizona Cardinals at Kansas City Chiefs (-16.5, 49.5): Big spreads can be scary but the Chiefs should have no problem covering against a Cards team that is struggling mightily on offense.

Los Angeles Chargers (-10, 50) at Oakland Raiders: The Raiders just don’t have enough play makers on offense to win a game like this. Give me the Chargers as a big time road favorite.

Miami Dolphins (-10, 47.5) at Green Bay Packers: The Packers defense is awful which will allow the Dolphins to hang around in this game and cover as a dog.

Seattle Seahawks at Los Angeles Rams (-9.5, 50.5): The Rams bounce back in a big way against a Seahawks team that is inconsistent offensively and struggles on the road. Rams cover no problem.

Dallas Cowboys at Philadelphia Eagles (-7, 43.5): -7 is a manageable number for a home favorite. The Cowboys offense has struggled mightily of late and that will be the difference in this one. I just don’t think Dallas can score enough to hang around in this game.

New York Giants (+3.5, 44.5) at San Francisco 49ers: I just don’t think Nick Mullen’s has it in him again this week. I don’t see the Mullens magic happening for three straight weeks. Give me the Giants as a road dog. They are bound to win another game this season.