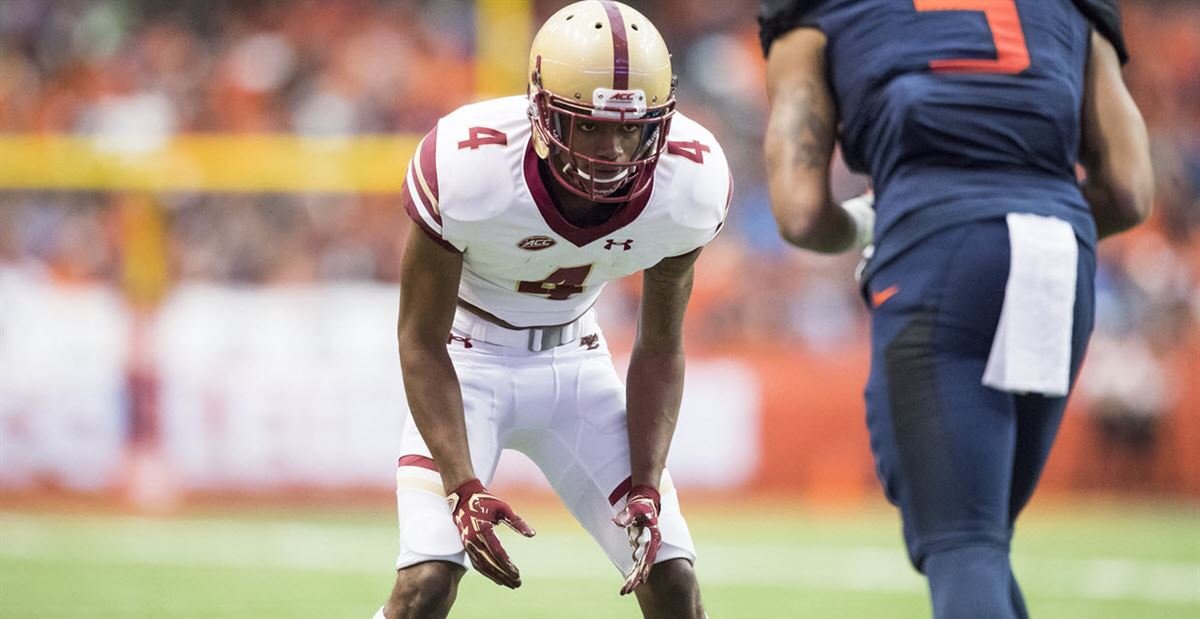 Hamp Cheevers announced he is forgoing his senior season and entering the NFL Draft. (Image courtesy of Brett Carlson/Getty)

At 5-10 180, Cheevers has predominately played on the outside in college but he is better suited to play in the slot as a nickel or dime corner in the NFL. Cheevers has the athleticism, size and ball skills to cover routes vertically as a slot corner. He does a terrific job of baiting quarterbacks into throws and jumping routes when the ball is released. Cheevers has a nose for the ball and has the skills to be a factor after he picks off a pass.

Boston College has done a great job developing defensive backs in recent years. From John Johnson to Issac Yiadom to Manny Asprilla to Lukas Denis to Cheevers, the Eagles defensive staff is churning some quality players in the secondary. Cheevers took over for an injured Kamrin Moore in 2017 and established himself as a player who can contribute. He took his game to another level this past season.

Now Cheevers is looking to capitalize on his success by jumping to the NFL. Cheevers can play at the next level but in this age of six foot corners with length, he will need to have a great workout and pro day in order to prove he is worthy of drafting in the first three rounds.

The skill set and athleticism are obvious with Cheevers. He is ready to play at the next level and made the right decision forgoing his senior season.