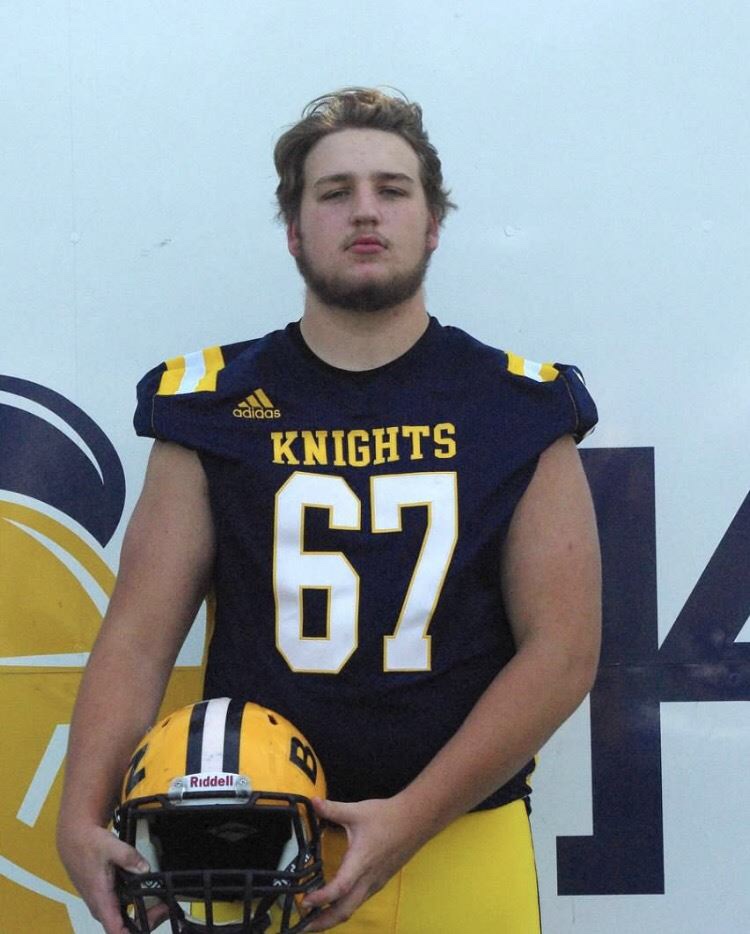 Buckingham, Browne and Nichols guard, tackle Andrew Nee (Class of 2020) of Walpole, Massachusetts made quite an impression last week at the All American Combine in San Antonio.

The 6-4 280 pound Nee impressed college coaches on hand during the workout and drill portions of the combine.

Love the finish on this one @neea2001 Andrew Nee! @tfledder has taught you very well! Future is certainly bright for this dude!! Go knights! pic.twitter.com/YydeyC7TzB

Watching Nee’s highlight tape, I cannot say I am surprised he did well. Nee is fundamentally sound as a run blocker. He comes off the ball with a good pad level and takes good angles.

Nee is strong on contact. He gets movement on first level defenders and roots them out. Nee’s athleticism is in full display when he comes off of vertical double teams and blocks second level defenders. He has the vertical athleticism and the feet to play at the FBS level.

As a pass blocker, Nee displays good footwork and the ability to handle speed and power rushers. He does a good job of cutting the edge off of speed rushers and forcing them back inside. Nee can hold his own against bull rushers. He has strong hands and shows the ability to consistently punch a defender and maintain hand position. Once he locks on, he wins.

With a solid off season in the weight room and another solid performance on the combine circuit, Nee will get the attention of even more college coaches across the country and more offers as a result.