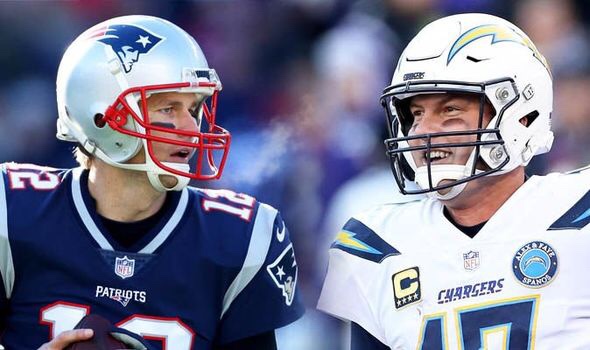 Opening Drive: The Los Angeles Chargers visit Gillette Stadium to battle the Patriots in what should be a terrific match up between two future hall of famers in Tom Brady and Phillip Rivers. The Chargers and Patriots are meeting in the playoffs for the fourth time. The San Diego Chargers beat the Boston Patriots in 1964 while the Patriots beat the Chargers in 2006 and 2007.

Here are three keys in this game for the Patriots.

1. Account for Ingram and Bosa: The Chargers do a great job of moving defensive end Joey Bosa and outside linebacker Melvin Ingram around in their fronts. Chargers defensive coordinator Gus Bradley doesn’t blitz much. Instead, he relies on Bosa and Ingram to generate pressure.

The Patriots must make sure that regardless of what protection they are in, they must account for Bosa and Ingram and keep them off of Tom Brady. If the two of them get consistent pressure on Brady, the Patriots are in for a long afternoon.

2. Ground and Pound: The Patriots need to run the football and negate the Chargers aggressiveness defensively. The Chargers have a very good secondary and they will not have a problem matching up against the Patriots on the outside.

If the Patriots can effectively run the football, that will force the Chargers to play more eight man fronts which means more man coverage and Cover 3. Those are easier coverages to throw against.

3. Win the Line of Scrimmage Defensively: If the Patriots can control the line of scrimmage defensively and not allow the Chargers to get their running game going, they will be in pretty good shape. I know this sounds foolish but the Patriots need to make Phillip Rivers beat them.

Rivers has struggled of late. If the Patriots can get the Chargers into second and long and third and long situations, they can get after Rivers with pressure and disrupt the Chargers passing game.

Final Prediction: I know I am going to sound like a homer with this pick but the truth of the matter is, home field advantage matters. The Chargers are better on paper, but they are playing on the road, in a cold, hostile environment. Those factors could play a role in their performance and potentially be the difference in the game.