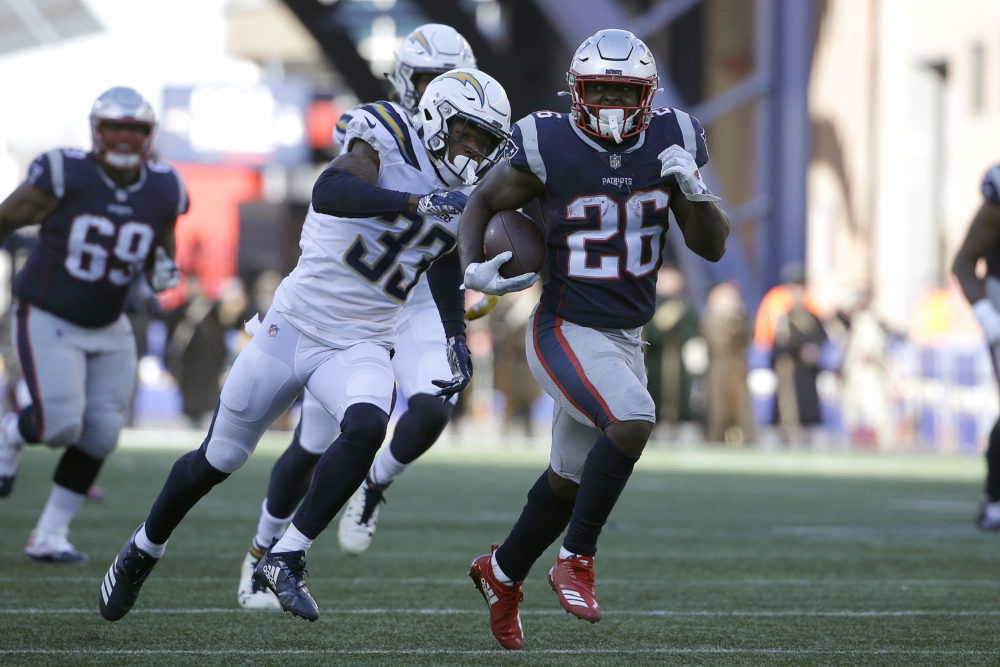 Game Rewind: The Patriots jumped out to a 35-7 lead in the first half en route to 41-28 win over the Chargers. New England silenced any doubters who thought this might be the end of their dynasty.

Here are thoughts on the game.

1. Sony, Sony, Sony!! The rookie running back was terrific in his playoff debut rushing for 129 yards and three touchdowns. Michel was the centerpiece of the Patriots game plan yesterday and he executed his role to perfection. The Patriots may not have the ability to make big plays like they have in the past but they are more balanced now thanks in large part to the rookie running back.

2. The Offense was humming: The Patriots won the coin toss and chose to receive. It was a wise decision as they went down and scored on their opening possession. The game plan was obvious on that opening possession. Run the football and get it out of Brady’s hand quickly in the three step passing game. It worked to perfection as the Patriots rolled.

3. Defense frustrates Rivers: The Patriots played well despite giving up a long touchdown pass early and 21 second half points. The game plan was to frustrate Rivers and throw him off his spot. The Patriots were able to do that. They consistently pressured Rivers and sacked him twice. They were able to force him out the pocket multiple times and put him on the run.

4. White catches 15 passes: You wouldn’t think it if you were there but James White caught 15 passes for 97 yards. White once again proved that he is one of the NFL’s top dual threat backs and a clutch playoff performer.

5. Edelman adds to his playoff legacy: Julien Edelman caught 9 passes for 151 yards, surpassing Reggie Wayne for second all time in playoff receptions. Edelman once again reminded us that he is Tom Brady’s go to guy, especially this time of year. The Patriots need Edelman to be great in the passing game, especially because Rob Gronkowski is such a non factor right now.