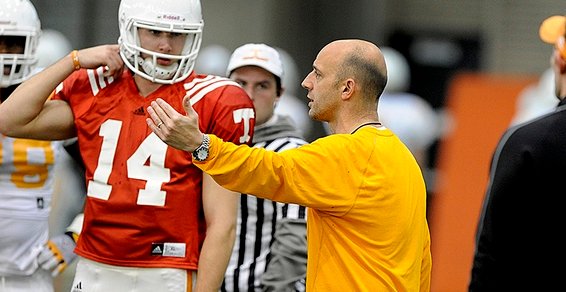 Bajakian is an experienced offensive coordinator at the collegiate level having coordinated offenses at Tennessee, Cincinnati and Central Michigan. At Cincinnati, Bajakian coached dual threat quarterback Zack Collaros who threw for over 6,000 yards in his career. At Central Michigan, Bajakian coached quarterback Dan Lefevour and wide receiver Antonio Brown, who formed one of the most lethal combinations in the country during their time with the Chips.

Bajakian inherits an offense at Boston College that finished 38th in the country in scoring offense (32 points per game) and 67th in total offense (404.3 yards per game). He has plenty of talent to work with in quarterback Anthony Brown, running back A.J Dillon and wide receiver Kobay White. Bajakian will run a multiple spread offense that emphasizes tempo. He will run the football and utilize tight ends in a variety of alignments that utilize them both as blockers and receivers.

Bajakian is no stranger to Massachusetts or the Boston area. He is a Williams graduate. He has an understanding of the type of talent that exists in the state and is a terrific recruiter who can get talent to commit to Boston College.

I really like this hire for Boston College. Bajakian is a terrific offensive coach who knows how to develop quarterbacks and receivers. He will form a great partnership with Steve Addazio and offensive line coach Phil Trautwein. The Eagles will still run the football and be balanced but their passing game will be better. Get excited Eagles fans. Coach Addazio hired a good coach in Mike Bajakian.