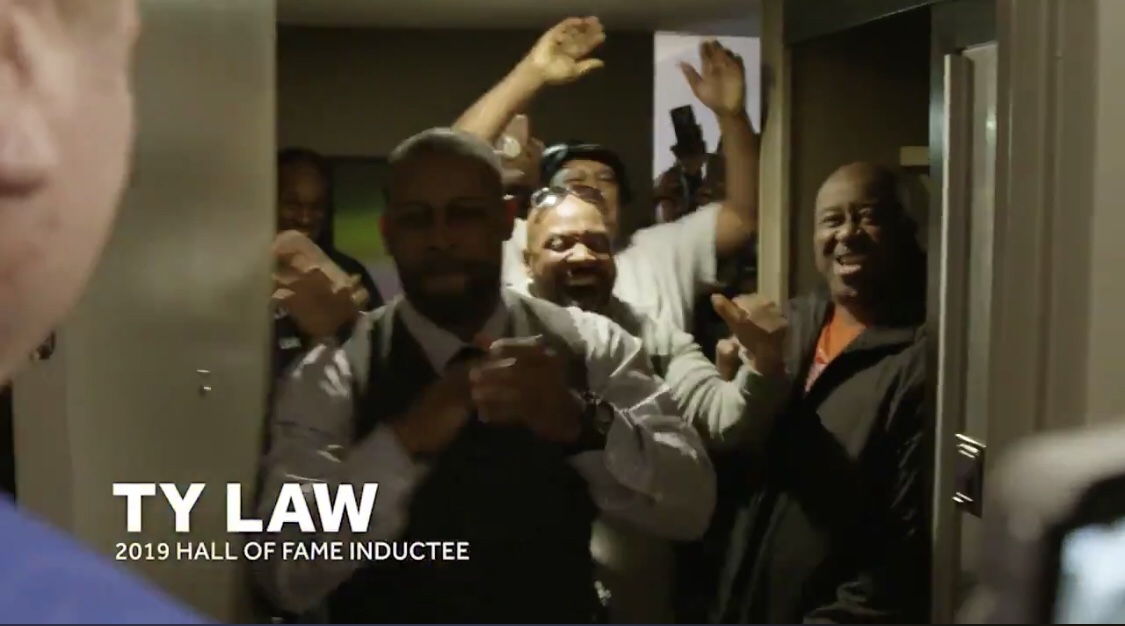 Ty Law became the fifth member of the New England Patriots selected to the Pro Football Hall of Fame joining linebacker Nick Buoniconti, Mike Haynes, John Hannah and Andre Tippett. Law is the first member of the current Patriots dynasty to get the call to Canton.

I have always dithered when it came to where or not Law was a hall of famer or just a very good player. However, after examining his numbers, Law is indeed a half of famer.

Law had one more interception in his career than fellow enshrinee Champ Bailey (53 to 52). The 53 interceptions ties him with the great Deion Sanders. Law intercepted 9 passes in 1998 and 10 passes in 2005. He also had 7 defensive touchdowns in his career.

Law was a three time Super Bowl champion with the Patriots and made one of the signature plays of Super Bowl XXXVI when he intercepted Kurt Warner and returned it for a touchdown.

The end of Law’s tenure in New England was tumultuous because of a contract dispute. He ended up signing with the Jets as result.

Despite that, Law lives in the Boston area now and owns a trampoline business. The Patriots and their fans have once again embraced Law as their own and he is also a Patriots Hall of Famer.

Ty Law was a great player and an all time great Patriot. He cements his legacy with the call to Canton.