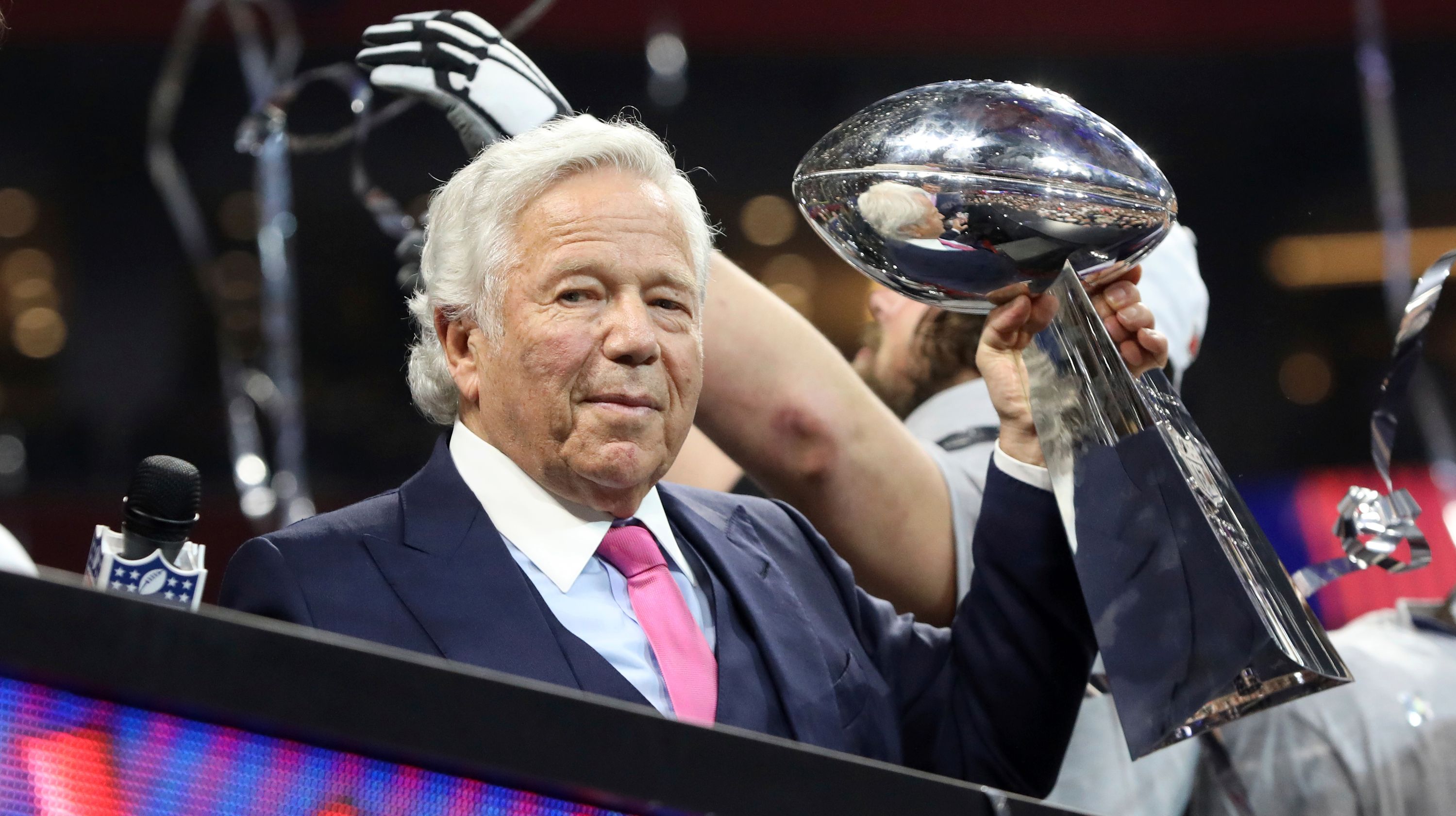 When news broke on Friday that Patriots owner Robert Kraft was being charged with soliciting prostitution at a spa in Jupiter, Florida, I was stunned. Like most people, several thoughts crossed my mind. Why would Robert Kraft visit an establishment like this? Why would a 77 year old billionaire want to ruin his reputation by getting caught up in something like this?

None of it added up to me. I am not saying that I don’t believe he went to the establishment or solicited a prostitute, I just couldn’t grasp why he would do such a thing? The “happy ending” narrative is understandable. I get it. It is human nature to want to be pleasured but why would a man worth $6.6 billion dollars stoop to this level? It doesn’t add up.

The fact that Kraft is being linked to an establishment that was trafficking women from China and forcing them to perform sexual acts for money is disturbing on so many levels. Kraft is a respected international figure who is not only one of the most powerful and successful owners in the NFL but also a businessman and philanthropist.

Kraft’s reputation is now tainted, regardless of what the outcome of this case is. Even if he isn’t charged in this case, he is still guilty in the court of public opinion. People will never forget about his involvement with this establishment even if he is found innocent of any involvement.

Kraft most certainly faces discipline from the NFL. The maximum fine he faces is $500,000 dollars but he also faces a lengthy suspension as well. As we saw most recently in the case of Jim Irsay, the league holds the owners to a higher standard. As they should.

Kraft will eventually make a statement and when he does, he needs to be honest and as forthcoming as possible. It won’t be easy given the legal ramifications but he will have to do some major league damage control. It is the only he can salvage what ever reputation he has left.

Kraft being linked to this establishment is more damaging than spygate or deflategate. It is yet another controversy for an organization littered with them. Kraft and the Patriots overcame those controversies. This one could be too much to overcome and it will not only damage Kraft’s reputation but the reputation of his family and the organization.