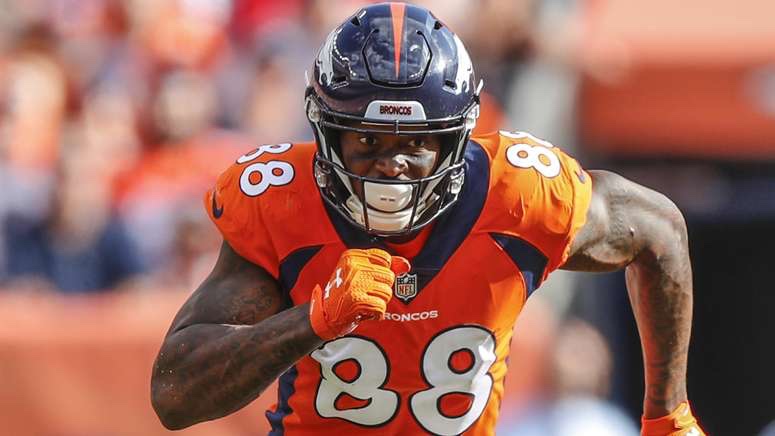 Add Demaryius Thomas to the list of former big name receivers who attempted to resurrect their careers in New England.

From Randy Moss to Chad Ocho Cinco to Joey Galloway to Nate Washington, the Patriots have a history of acquiring wide receivers on the back end of their careers.

Thomas signed a one year deal on Tuesday that could be worth up to $6 million dollars. He will be reunited with former Denver Broncos coach Josh McDaniels who was the coach when the Broncos selected Thomas in the 2010 draft.

The 31 year old Thomas has posted five consecutive 1,000 yard seasons in his career. He spent his entire career with the Broncos until last season when he was traded to the Houston Texans at the trade deadline. Thomas tore his Achilles on December 23rd and is still recovering from the injury.

It is too early to tell what the Patriots will get out of Thomas partly because he is recovering from the torn Achilles. At 6-3, he has good size but he is not as fast or as good a route runner as he once was. Bottom line, he is no longer an elite receiver. He could make an impact but he will not dominate like he did between 2011 to 2016.

The Patriots risk nothing taking a chance on a player like Thomas. Bill Belichick got him at a price he was comfortable with. If it works out, the Patriots have a quality starting receiving option opposite Julien Edelman. If it doesn’t, they cut ties just like they did with Ocho Cinco, Galloway and Washington. Either way, there is no risk in it for the Patriots.