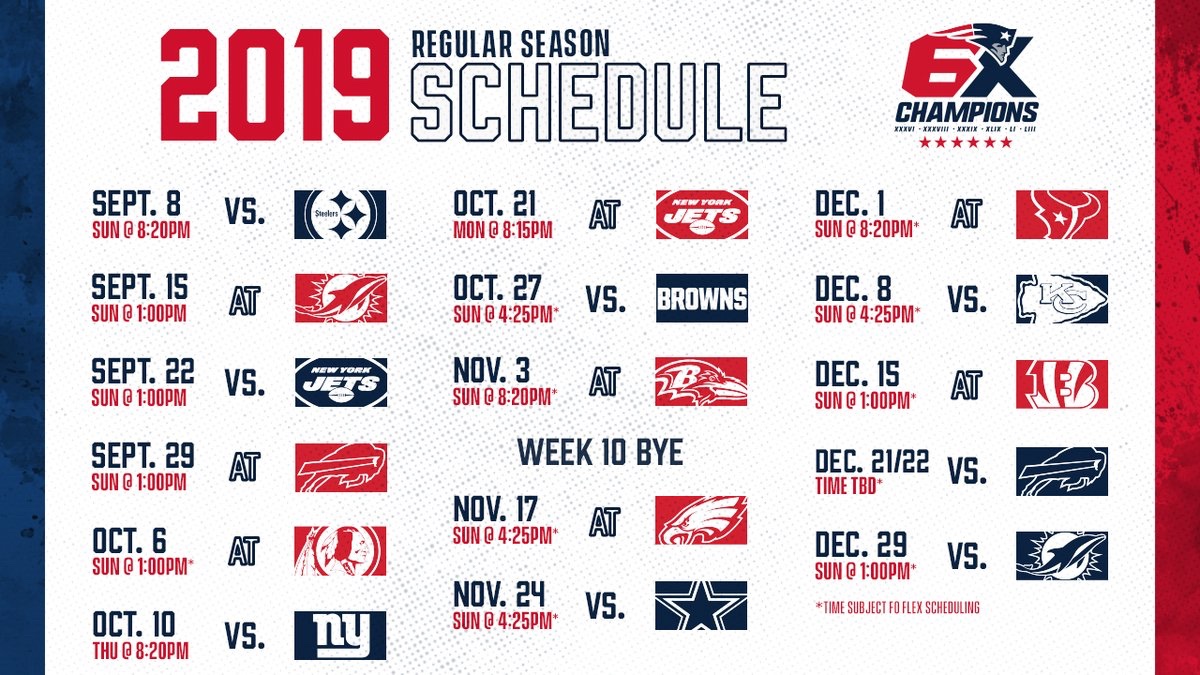 The Patriots 2019 schedule was released on Wednesday night. Here are a few thoughts the Patriots schedule this upcoming season.

1. Opening against the Steelers makes sense in that the two teams have a rivalry but I would have preferred Cleveland or Kansas City came to town for opening night and the raising of banner number six.

2. An early season trip to Miami (Week 2) is never a good thing given the Patriots struggles when they visit Dade County. It will be the first of two match ups this season for Bill Belichick against former assistant Brian Flores.

3. The Patriots play four divisional games in the first seven weeks of the season. They play at Miami, at Buffalo, home against the Jets and then they travel to the Met Life Stadium week seven to play the Jets.

4. The Patriots will face the AFC North and NFC East as part of the schedule rotation this season.

5. The home schedule is tough. Aside from their divisional opponents, the Steelers, Giants, Browns, Chiefs and Cowboys all visit Foxboro.

6. The road slate also has some tough match ups with visits to Baltimore, Houston and Philadelphia.

7. After the Patriots bye week in Week 10, they play three of their next five on the road.

9. The Patriots close out their schedule with two home games against the Bills and Dolphins.