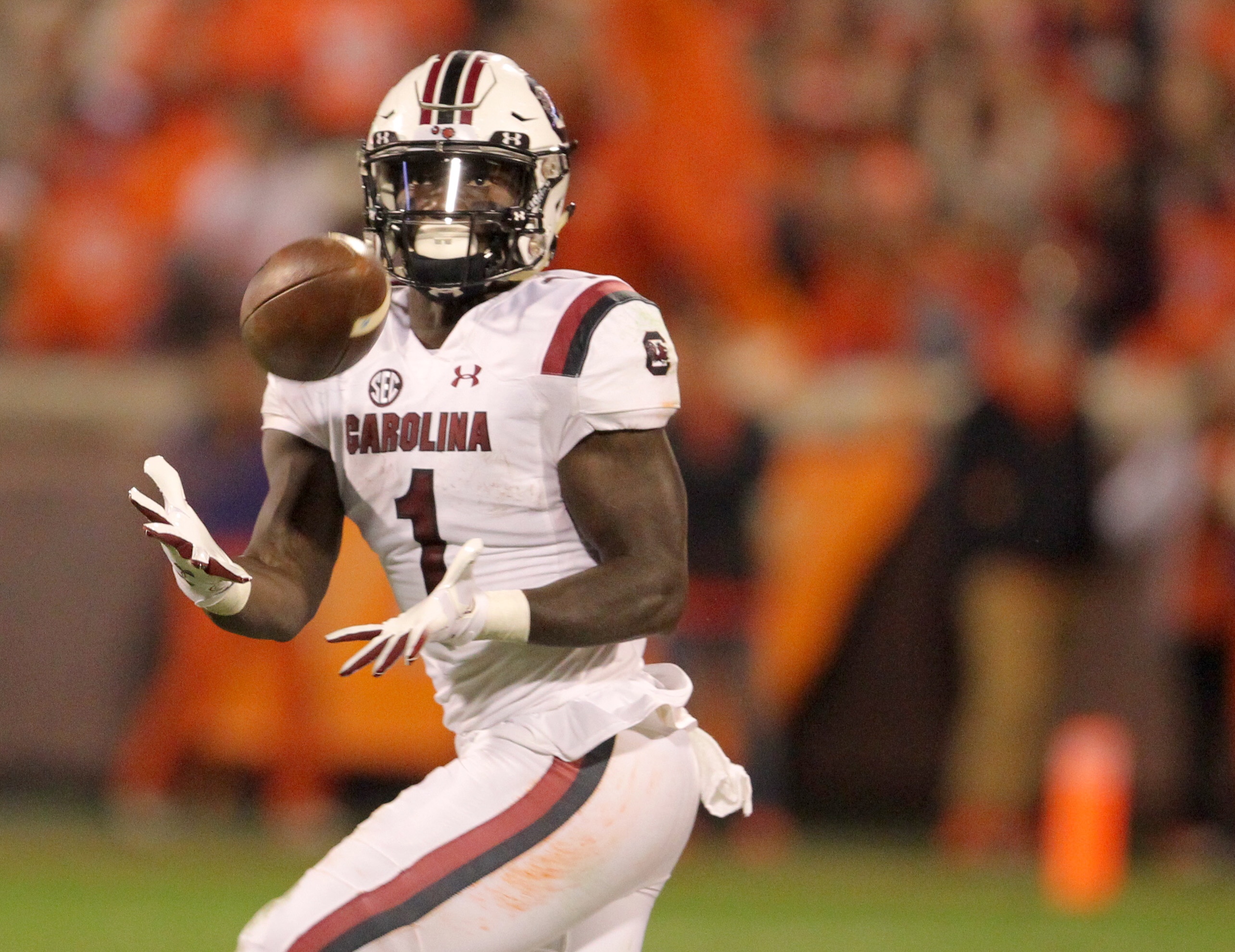 Wide receiver is one of the top needs for the Patriots entering the draft on Thursday.

The Patriots currently have Julian Edelman, Demaryius Thomas, Phillip Dorsett, Maurice Harris, Bruce Ellington and Braxton Berrios among others on the roster.

There are plenty of bodies available to compete but the talent level is thin outside of Edelman. Bill Belichick needs to address the position in the draft but when he does will depend on who falls to the Patriots at pick 32 and beyond. Belichick drafts the best player or moves picks around. He never drafts “for need”.

Here are ten receivers the Patriots could target in the upcoming draft.

1. Deebo Samuel, South Carolina, 5-11 214: Samuel is a dynamic play maker who can do a variety of different things within an offense. The Patriots like using their receivers on jet sweeps, perimeter screens and out of the back field. Samuel has the skill to do all of those things and the speed to take the top off of a coverage vertically and make a big play down field. Samuel has the physical tools necessary to thrive in the Patriots offense. Target round: 2nd

2. Paris Campbell, Ohio State, 6-0 205: One of the elite athletes in this draft. Campbell ran a 4.31 at the Combine. He can make plays in space after the catch and make defenders miss. He was used predominately on underneath and intermediate routes at Ohio State but has the speed to stack defenders vertically and separate after the catch. His size and athleticism make Campbell an appealing target. Target round: 1st-2nd

3. Riley Ridley, Georgia, 6-1 199: Ridley has a thin frame and isn’t as athletic or explosive his brother, Falcons receiver Calvin Ridley. Ridley runs a complete route tree and does a good job of bodying up cornerbacks on curl routes, comeback routes and hitch routes. Ridley is also a solid blocker who consistently initiates contact and runs his feet and stays on blocks. Running a 4.58 at the Combine will affect Ridley’s draft stock but his skill set will appeal to the Patriots. Target round: 2nd-3rd

4. Andy Isabella, UMass, 5-9 188: I did not add Isabella to this list because he is a short, white slot receiver. That would support the narrative that the Patriots look for those characteristics when evaluating a player at this position.

Isabella is a terrific route runner who gets in and out of his breaks with ease and can separate after the catch. He has strong hands but he does occasionally get the drops from time to time. Isabella is a high effort player who gets the most out of his frame. Reminds me of Danny Amendola. Target round: 3rd-4th

5. Anthony Johnson, Buffalo, 6-2 209: Johnson has good size, is a clean route runner and has good hands. He ran a varied route tree at Buffalo and proved to be an effective red zone target. Projects as an X receiver in the NFL and would give the Patriots some much needed size on the outside.