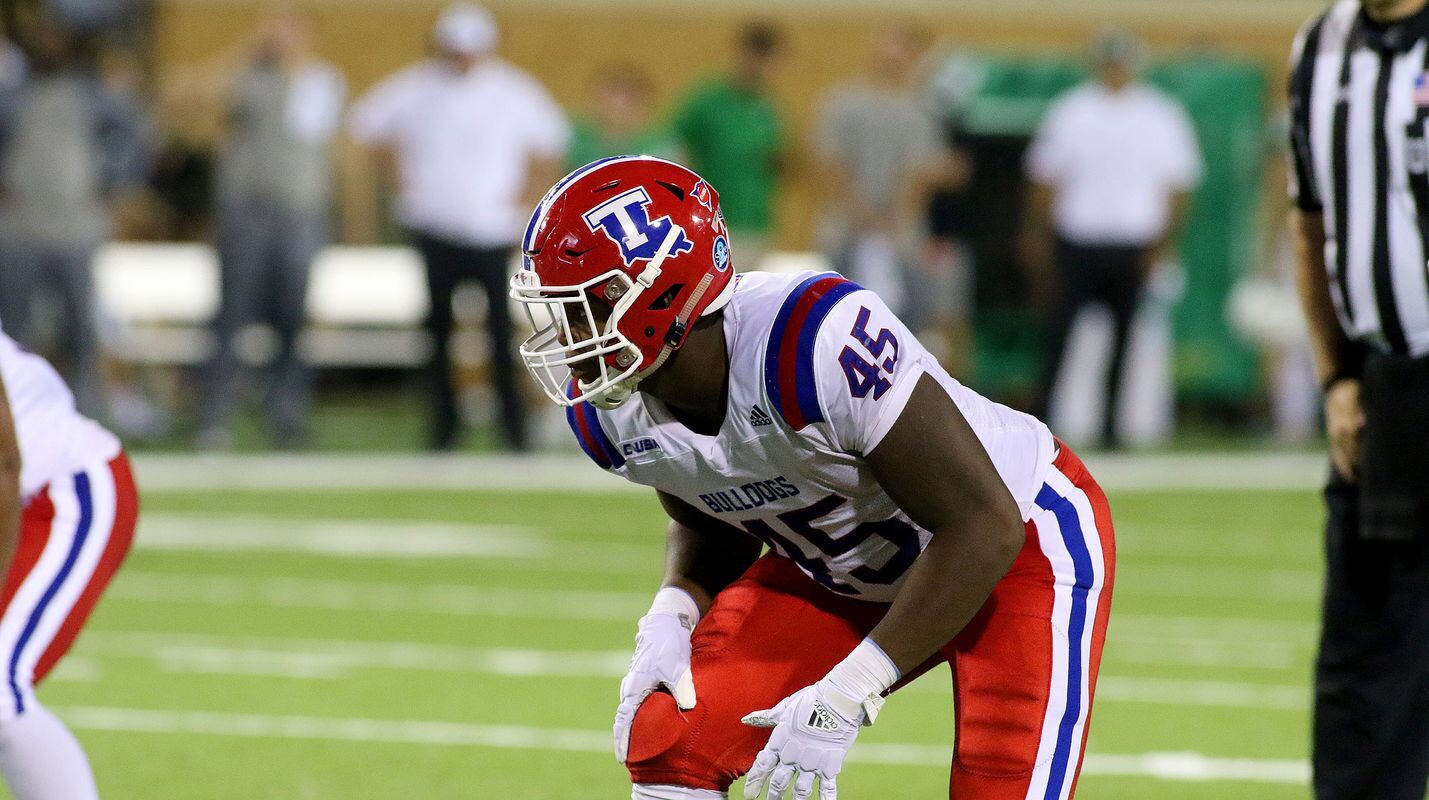 1. Jaylon Ferguson, La Tech, 6-5 262: Ferguson was a sack machine at La Tech. He is explosive and wins with speed. Ferguson has a motor and he plays with natural lean and bend. Reminds me of a more explosive Deatrich Wise. Target round: 2nd-3rd round

2. Ben Banogu, TCU, 6-3 250: Banogu is a pure power to speed pass rusher who plays with good lean and bend and he can close and get to the quarterback. Banogu struggles to stack and anchor against the run but he offers value as a situational pass rusher.

3. Christian Miller, Alabama, 6-3 247: A less athletic version of Dont’a Hightower. Miller is versatile in that he can play outside linebacker and rushes the passer on obvious passing downs. A versatile piece that would be a good fit in the Patriots scheme. Target round: 4th-5th

4. Carl Granderson, Wyoming, 6-4 255: Granderson is best suited as a situational pass rusher who can play in sub packages. Granderson is quick off the snap and he uses his hands well. He can play in a two and three point stance and he plays with enough power to set the edge against the run. Target round: 5th-6th

5. Wyatt Ray, Boston College, 6-3 257: Ray isn’t as explosive as former Eagle and current Tennessee Titan Harold Landry but he is quick off the snap and has the ability to transition from speed to power. Ray is best suited to be a situational pass rusher because he is too big to play outside linebacker and too small to start as a five technique end. Target round: 5th-6th