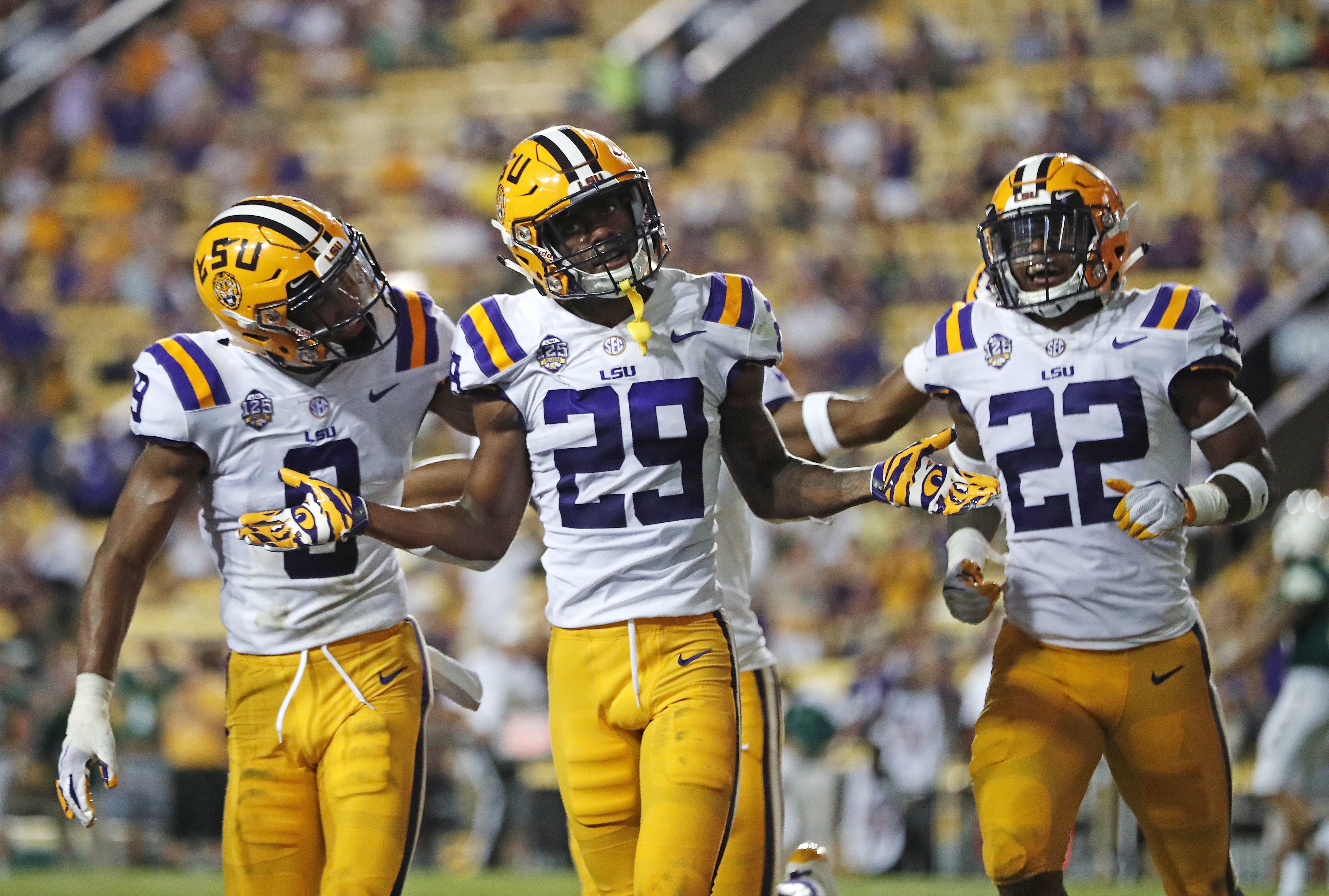 The Patriots have 12 picks in this draft. It is almost a certainty that the Patriots will not draft 12 players. Bill Belichick will use his picks to maneuver around the board and take the best players available. If the Patriots used all 12 picks, here is who I think they would take.

Round 1, Pick 32: Greedy Williams, CB, LSU: Williams will fall right into the Patriots lap at 32. He is a terrific athlete with natural ball skills. Williams could step in and start opposite Stephon Gilmore as a rookie.

Round 2, Pick 24: Jace Sternberger, TE, Texas A&M: The Patriots really like Sternberger as a move tight end that they can move around in their formations. He creates match-ups, especially in the red zone.

Round 2, Pick 32: Riley Ridley, WR, Georgia: Ridley is a precise route runner and has good size. The Patriots value that over down the field explosiveness. Ridley has the make up physically of a starting receiver.

Round 3, Pick 33: Greg Little, OT, Ole Miss: Little can be frustrating at times because he runs hot and cold but the athleticism and talent is there for Dante Scarnecchia to produce a starting left tackle.

Round 3, Pick 37: Andy Isabella, WR, UMass: Yes, I think the Patriots will take Isabella. Not because he is a white slot receiver. But because he runs good routes is explosive after the catch and can return kicks.

Round 4, Pick 32: Issac Nauta, TE Georgia: The Patriots love to play in 12 personnel. They’ll draft Jace Sternberger as their in-line tight and Nauta as their move tight end.

Round 6, Pick 32: TeVon Coney, ILB, Notre Dame: Coney is your classic MIKE linebacker who is effective against the run and can play underneath in zone coverage. Plays fast enough that he can contribute on special teams.

Round 7, Pick 25: Trysten Hill, DT, UCF: The Patriots are betting on culture here by drafting the talented but mercurial Hill.

Round 7, Pick 29: Keelan Doss, WR, UC Davis: Doss has good size and is a terrific route runner. He would give the Patriots a quality red zone target.

Round 7, Pick 32: Tariq Cole, OT, Rutgers: Cole has swing potential in that he play guard or tackle.

Round 7, Pick 38: Blessuan Austin, CB, Rutgers: Austin is a big corner who could transition to safety down the road.