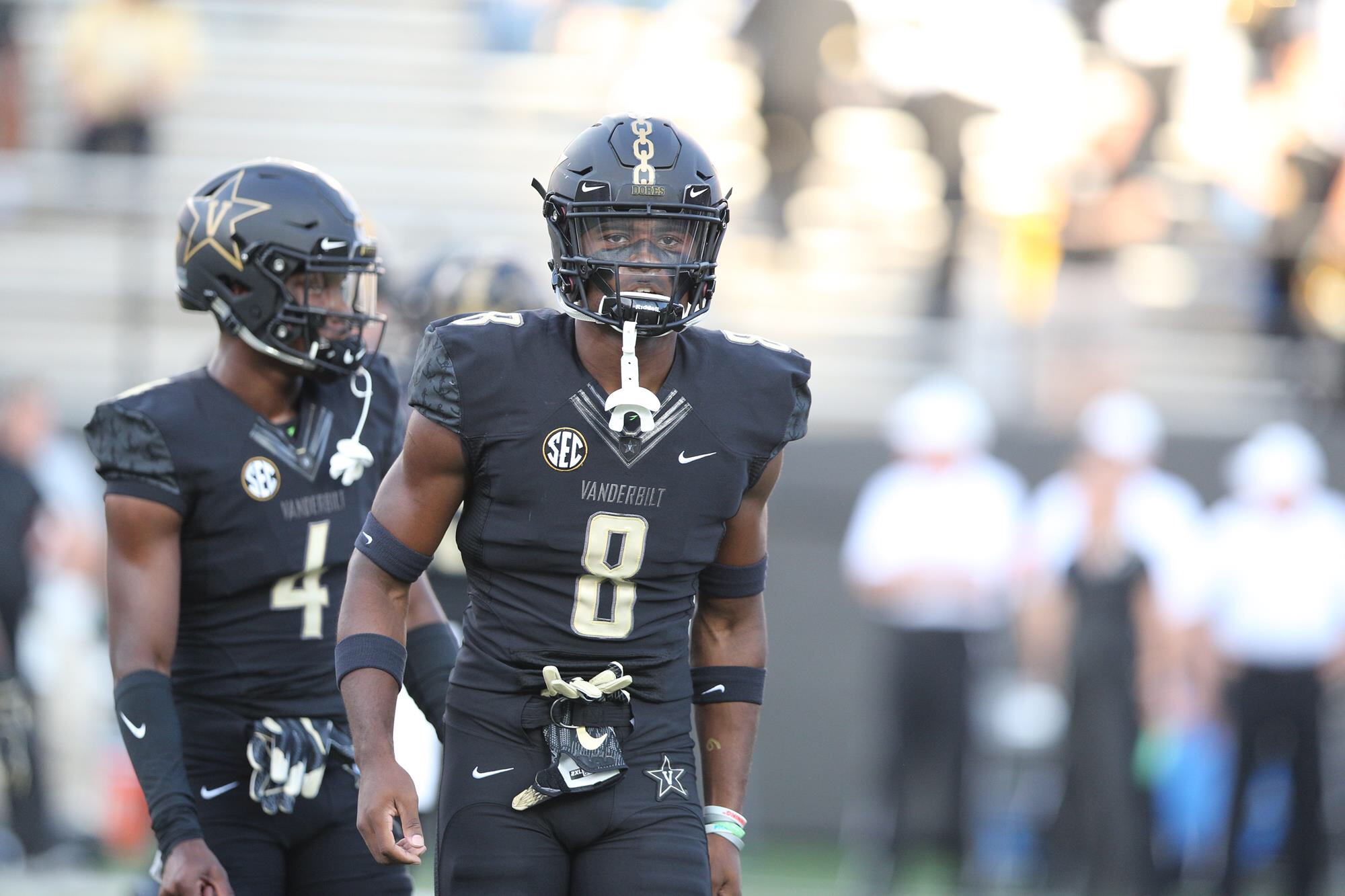 The Patriots drafted Vanderbilt cornerback Joejuan Williams with Pick 45 in the second round of the NFL Draft.

Williams is a big corner at 6-3 5/8 211. He is your classic squat cover two corner who can press, redirect and trail in coverage.

Here is my scouting report on Williams.

Man Coverage: Williams has the speed and athleticism to play man coverage versus short and intermediate routes. He does a good job of jamming receivers, re-routing them and getting in phase. Williams does struggle to close vertically once he gets stacked.

Zone Coverage: Williams is a long corner who can jam, re-route, read the number two receiver and play the flat. He is smart, instinctive and understands how to read routes and break on the ball once it’s out.

Closing Quickness: Williams does a good job of reading route breaks and breaking on the ball once it’s in the air. He has good feet for a big corner.

Key & Diagnose: Route recognition is one of Williams strengths. He does a good job of reading the quarterback and jumping his eyes outside to the receiver he is lined up on. Williams understands two and three man route concepts and jumps the primary receiver when the ball is thrown.

Tackling: Williams is a sound tackler but he does have a tendency to lunge at times when trying to tackle in space. Williams is physical and has shown he can consistent wrap up and drive ball carriers to the ground.

Pass Drop: Williams is light on his feet for a big corner. He is fluid and smooth in his backpedal. Williams can plant, and drive on the ball and consistently break up passes.

Final thoughts: Williams has the size and the ball skills to be a starting cornerback in the NFL. He has length, athleticism and plays with a high I.Q. He adds to an already talented secondary.