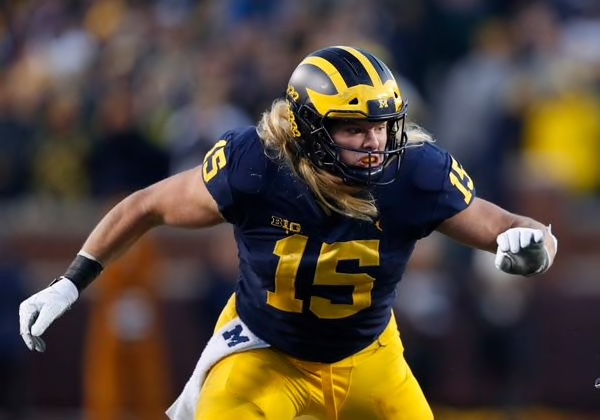 The Patriots drafted Michigan defensive end Chase Winovich with pick 77 of the third round. At 6-3 256, Winovich is quick off the snap and plays with a motor. It is overstated at times but Winovich is your prototypical Patriot. He can play multiple roles and is a team first player.

Here is our scouting report on Winovich.

Vs. Run: Winovich has good upper body strength and has the ability to hold the point and squeeze a gap or to engage an offensive line and stretch the play out. He walks into trap and kick out blocks at times because he is so aggressive and gets up field too much.

Pass Rush: This is where Winovich excels. He has elite get off and body control. He uses an array of hand fighting techniques and can plant, start and stop effectively. Winovich plays with good lean and is a natural bender when coming down the line and closing on the quarterback.

Pursuit: Winovich is a high effort player who is disciplined and plays within the scheme. He take good angles to the ball and makes back side tackles routinely.

Tackling: Winovich is a good tackler. He breaks down, wraps up and uses proper technique. He finishes quickly and does not allow the ball carrier the opportunity to break the tackle.

Recognition: Winovich does a good job of diagnosing plays but he does have a tendency to walk into trap blocks or take himself out of a play on screens. He needs to learn to play more under control.

Neutralize Blocks: Winovich does a good job of sticking and shedding one on one blocks. He moves well laterally and is a natural bender which allows him to slip through blocks. Struggles splitting double teams at times. He attacks the post blocker but gets washed down by the down block routinely.