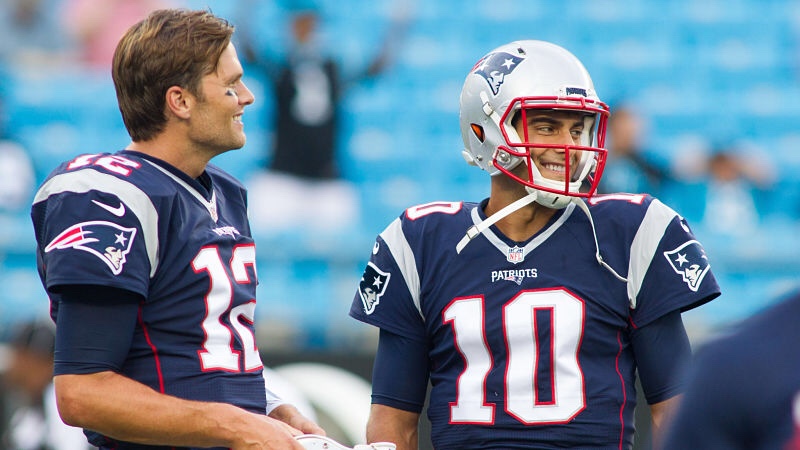 Bill Belichick has been labeled a genius for what he has done on the football field as a coach but his “genius” extends beyond the football. Belichick has made some savvy moves on draft weekend through the years as well and as a result, he has looked like a genius when it comes to the personnel side of things as well.

Recently, Pat Lane wrote a terrific piece on patspulpit.com breaking down the Jimmy Garoppolo trade and how Bill Belichick parlayed a second round pick for Garoppolo into multiple players.

The trade is now a distant memory but what Belichick has done with the pick he acquired from the 49ers is simply amazing. Belichick has turned that pick into multiple picks and multiple players.

Patriots traded Garoppolo to Niners for 2018 No. 43 pick.

The picks added up to the following players and pick.

Belichick turned a second round pick for Jimmy Garoppolo into six players and a fourth round pick. He added six young players who could help the Patriots continue their run of dominance and be a part of the team’s future.

The bottom line is, Belichick is playing chess while the rest of the league is playing checkers. Like one of his closest friends and confidant Jimmy Johnson, Belichick has turned the draft into a game and he seemingly dominates the game every year.

It is further proof that Belichick is truly a genius, on and off the field.