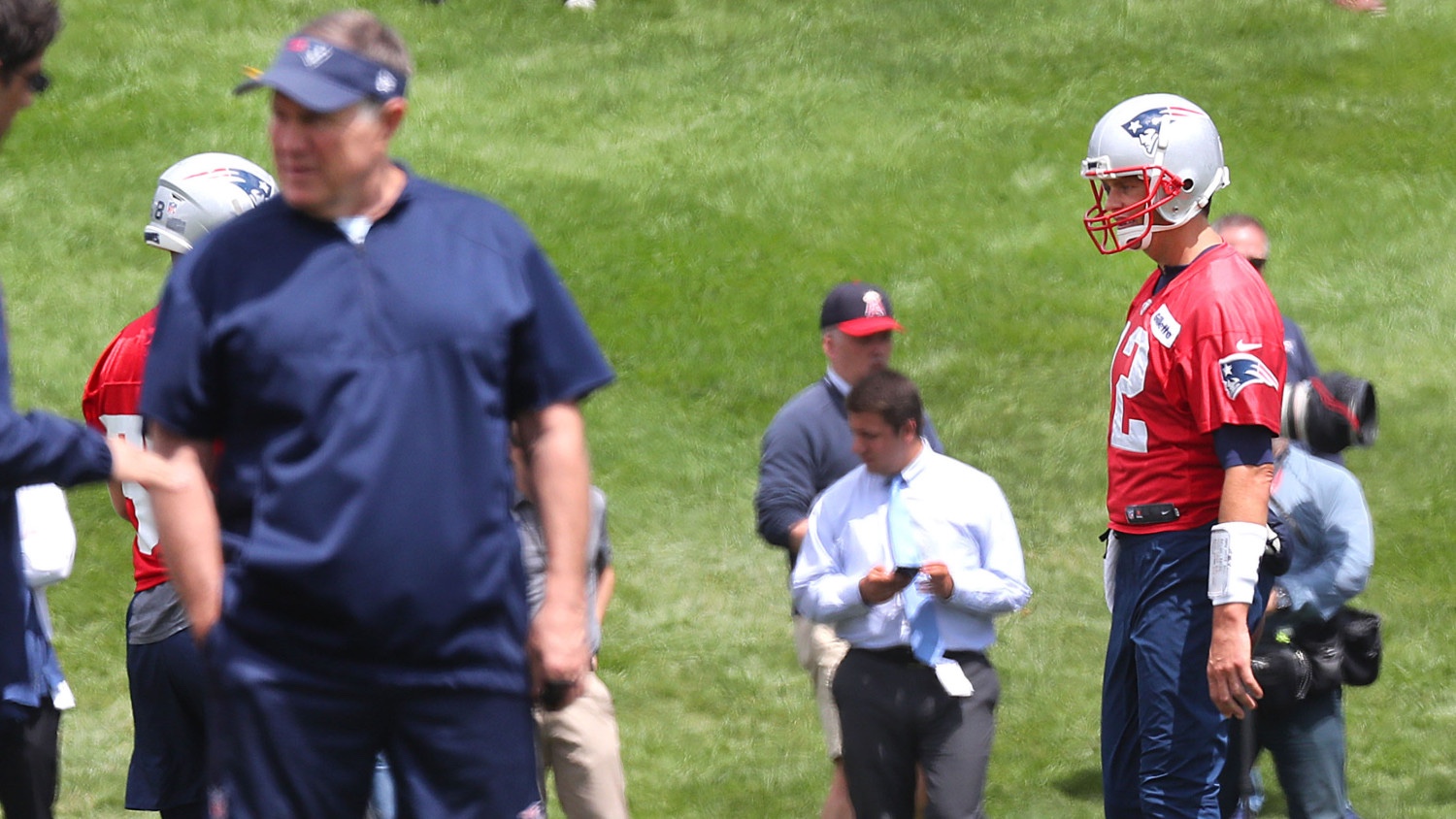 The Patriots open mandatory mini camp today. Here are five things I’ll be looking for as the Patriots unofficially kick off the 2019 season.

1. The new coaching staff: The Patriots underwent a staff shake up this off-season with several assistants taking positions on Brian Flores staff in Miami. As a result, Bill Belichick had to fill several vacancies.

He elevated three quality control assistants to on field roles and hired four new assistants. Former Patriots linebacker Jerod Mayo was among the new assistants hired. Mayo will coach the inside linebackers. Special teams coach Joe Judge will coach both the special teams and the wide receivers. That is unheard of in today’s where some staffs have fifteen or more coaches.

As it stands, Belichick will also coordinate the defense in 2019. It was suppose to be Greg Schiano but he abruptly resigned in March citing family reasons.

2. Brady’s timing with the wide receivers: Brady has not participated in the OTA’s prior to this so it will be interesting to see what his timing looks like with the new receivers. Timing will not be an issue for Brady and veteran newcomers such as Dontrelle Inman and Maurice Harris. Those guys understand NFL terminology and the timing of NFL routes. They know where a quarterback expects them to in the route when the ball is gone.

Rookies N’Keal Harry and Jakobi Meyers will need time with Brady. Not only are they learning the offense, but they are also working on their timing with Brady.

3. N’Keal Harry: The rookie has been up and down times during rookie mini camps. The physical tools are evident. Harry has the makings of a number one receiver. It will take him time to learn the offense and get on the same page with Brady.

4. The tight ends: Who will replace Rob Gronkowski as the week one starter? One thing we do know, it won’t be Austin Sefarian Jenkins. He was released today. Ben Watson would be the presumptive starter but he will suspended the first four games of the season. That leaves veterans Matt LaCosse and Stephen Anderson to compete against the young tight ends on the roster. It will be interesting to watch this group throughout the week. I am interested in seeing how young Andrew Beck does.

5. The return of Ben Watson and Jaime Collins: The Patriots always find a way to bring back players that they didn’t want to overpay. Both Watson and Collins are still productive players and both should help this team provided they make the roster and stay healthy. It will be worth watching to see how they get acclimated to playing in New England again.

Mini camp is designed to allow coaches to get their base offense, defense and special teams installed. Coaches also use this time to introduce new concepts that they want to emphasize in camp. It is hard to believe but training camp is around the corner.