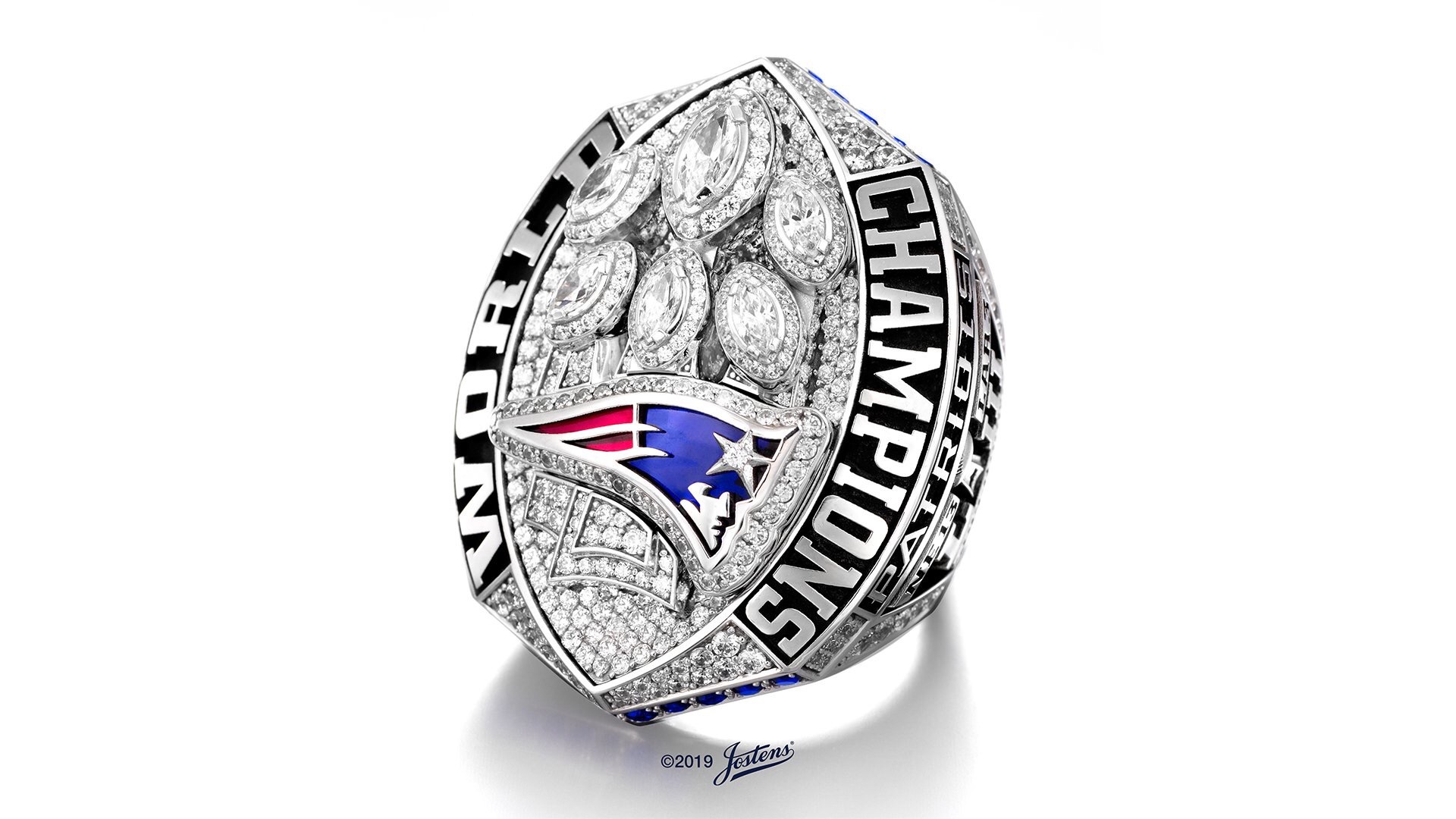 Image courtesy of the New England Patriots and Josten’s.

It is our first installment of the New England football notebook. Each week we will touch upon stories that pertain to the Patriots, local colleges and high school football.

Here are some of this week’s top stories.

1. Patriots mini camp has wrapped up and there were several winners and losers last week in Foxboro.

2. The Patriots got their rings on Thursday night and man were they gaudy. Robert Kraft once again out did himself.

3. The Patriots don’t seem all that concerned about their depth at tight end. They released Austin Sefarian Jenkins on Monday and Ben Watson is suspended the first four weeks of the season. It is further proof that Rob Gronkowski will be back at some point this season.

4. Several local high prospects are hitting the camp circuit and taking visits. Nobles tight end, defensive end Cam Large visited Alabama this weekend. As Large told us when we spoke to him last month, he will be making his decision in July.

5. Michigan commit and BB&N offensive tackle Zak Zinter got an opportunity to work with his future offensive line coach, Ed Warriner this week at the URI camp.

6. Speaking of BB&N. Head coach Mike Willey was out in Los Angeles earlier this week attending Rams mini camp. Willey is a college teammate of Rams assistants Shane Waldron and Andy Leonard. The three played at Tufts together.

7. Brockton junior tight end, wide receiver Ademola Faleye was offered a scholarship by Iowa State. Cyclones coach Matt Campbell likes big receivers who can generate one on one matchups. Faleye is raw but the athleticism and separation is speed is there for him to play wide receiver at the next level.

8. Everett WR/DB Tyrese Baptiste received an offer at the Boston College football Camp last weekend. The speedy Baptiste impressed the B.C coaching staff with his speed, hands and ability to track down the deep ball. Here is Baptiste’s highlight film.

9. Ismeal Zamor, another product of Everett also received a scholarship from Boston College earlier this week. The rising sophomore is an athlete who plays wide receiver and quarterback.

10. UMass coach Walt Bell celebrated his birthday weekend the only way he knows how. By hosting the UMass Football Camp.