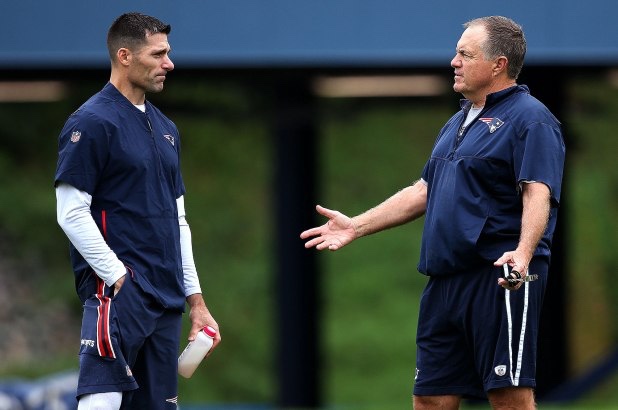 The Patriots claim in the tampering charges filed that they have video evidence of Easterby openly recruiting Caserio at the team’s ring ceremony last week.

The Texans announced yesterday that they would no longer pursue Caserio. As a result, the Patriots dropped tampering charges and Patriots owner Robert Kraft released the following statement:

“The Houston Texans and the New England Patriots have always had a great working relationship. We appreciate the way Cal McNair has handled the situation.”

Caserio is staying in New England but how will that impact his relationship with Bill Belichick? The man directly responsible for molding him as a coach and executive? Time will tell. Given how focused the Patriots are, I highly doubt it will impact their relationship that much.

Belichick is all business. I don’t think he feels hurt or betrayed by Caserio but make no mistake about it. Belichick can be very unforgiving. He doesn’t forget or forgive.

I am not trying to portray Belichick as if he is Don Vito Corleone but Belichick has a lot of power and influence around the league. He could make it difficult on Caserio if he was lobbying behind the scenes for the Texans job.

Despite that, Belichick would have no problem letting Caserio walk. After all, Caserio has a clause in his contract which prohibits him from interviewing for other general manager jobs. If Belichick is going to let Caserio out of his contract, he would want compensation in return.

The Patriots somehow always find a way to make headlines. This is yet another bizarre story in what has been a series of bizarre stories through the years. It appears they have weathered this storm as well and are onto the 2019 season.