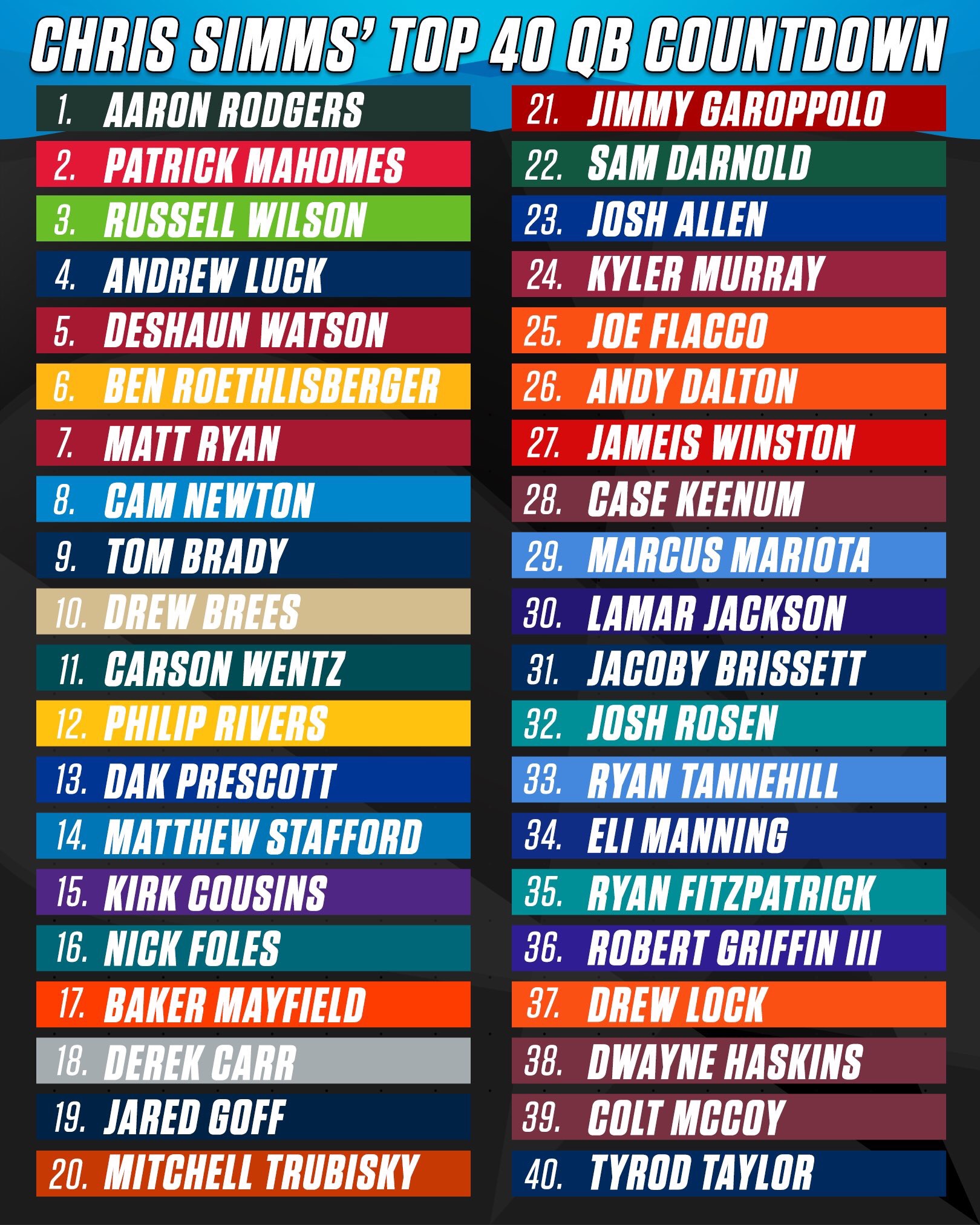 Simms cited age and playing in a quarterback friendly system as the primary reasons he ranked Brady ninth on his list.

Simms is the son of former NFL quarterback and Super Bowl winner Phil Simms. He played in the NFL for eight season for the Tampa Bay Buccaneers, Tennessee Titans and Denver Broncos. After his playing career was over, he was hired by the Patriots as a coaching assistant in 2012. Simms primary responsibility was working with the offense, specifically the quarterbacks.

Some have speculated that there may have been some issues with Simms and the organization, specifically Tom Brady. If that is the case, it would explain why Simms doesn’t recognize Brady’s greatness, even at age 43.

Regardless of what Simms thinks of Brady personally and professionally, his job is to be unbiased as an analyst. Unfortunately Simms has turned into another one of these hot take specialists who thinks it is more important to say something outrageous and controversial rather than analyze the game.

Simms credibility has an analyst has taken a hit. Instead of trying to make a splash with this list, maybe he should try to do what he is being paid to do. Analyze the game. Placing Brady 9th on his list is not analysis. It is silly.