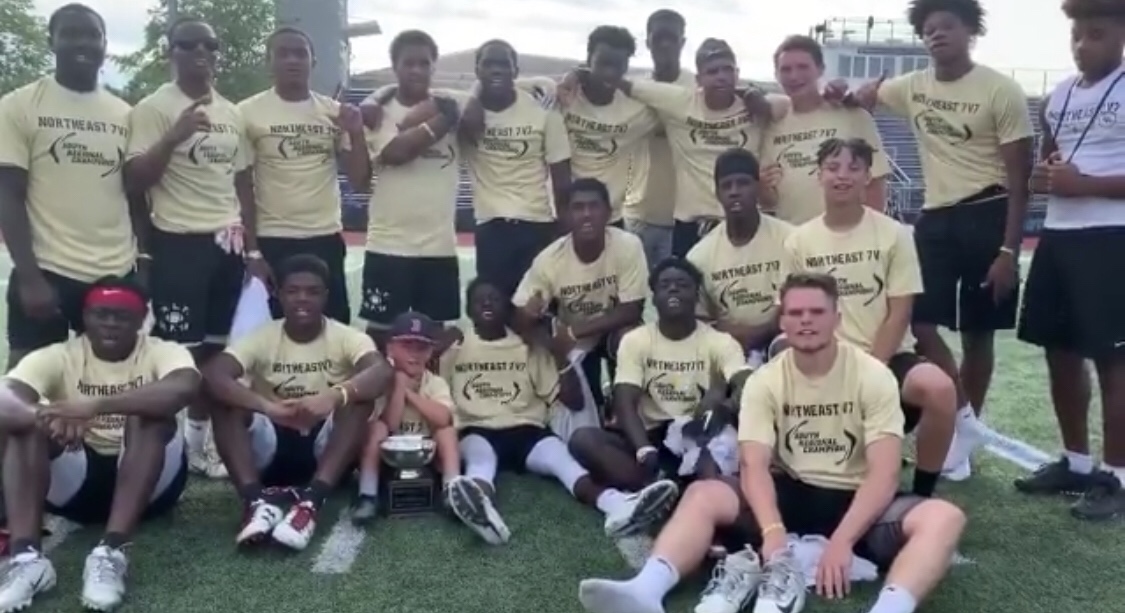 The Northeast 7v7 South Regional was held yesterday at Xaverian High School. Here are some thoughts on what was a great day of 7 on 7 action.

1. Brockton was impressive in running the table and winning the South Region. The Boxers went undefeated on the day. I know it’s only t-shirts and shorts, but the Boxers look like a legit contender in Division 1.

2 I was very impressed with Hingham tight end Cole Finney. The Duke commit’s size really gets your attention but so does his athleticism. Finney will be a force this fall on both sides of the ball.

3. Hingham lost to Brockton in the final but the Harborman left quite an impression. New coach Mark Nutley has inherited a lot of talent. The Harborman could be a legit threat in Division 3 South.

3. Silver Lake acquitted itself quite well finishing in the top 8. Coach Chris DiGiacomo is starting to things around in Kingston. The Lakers appear to be a sleeper in what is a potentially loaded Patriot League.

4. Speaking of the Patriot League, Duxbury struggled with Abington but the Dragons have a lot of returning skill and should a favorite once again in Division 3.

5. Mansfield swept their bracket before losing to Scituate in the round of 16. The Hornets didn’t play a handful of seniors but the one who did play, fullback/linebacker Vinny Holmes looked like he was in mid-season form. Holmes is poised to have a big year.

6. Newton North also was impressive. The Tigers knocked off Xaverian and Silver Lake before losing to eventually champion Brockton. Quarterback Andrew Landry is garnering more attention as a possible top prospect in the class of 2020.