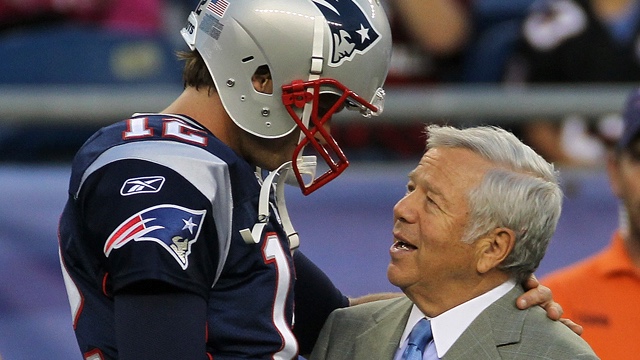 Tom Brady is entering a contract year for the first time in his career. The greatest quarterback of all time is playing for his next contract this season. That is hard to believe because Brady’s contract has never been an issue but at age 41, the Patriots have a decision to make regarding their starting quarterback.

On the surface, it is a no brainer. You extend Brady and ensure that he finishes his career in New England. Easy right? Not necessarily. Brady is going to turn 42 next month. Any commitment the Patriots make would be a short term.

Regardless of what the structure of Brady’s next contract is, the Patriots need to address it and they should address it now. Brady is playing at a high enough level still that he deserves one more contract from the Patriots. The NFL is a business and I get that but there is no reason why Brady shouldn’t finish his career in New England.

Brady has given the Patriots the home town discount throughout his career. He is arguably the most underpaid athlete of all time. It is time to pay Brady what he is worth and take care of him as his career winds down. The organization owes him that for what he has done for them.

The Patriots should do everything in their power to get this done before it becomes a distraction. The ball is in Robert Kraft and Belichick’s court. Do the right and extend Brady.