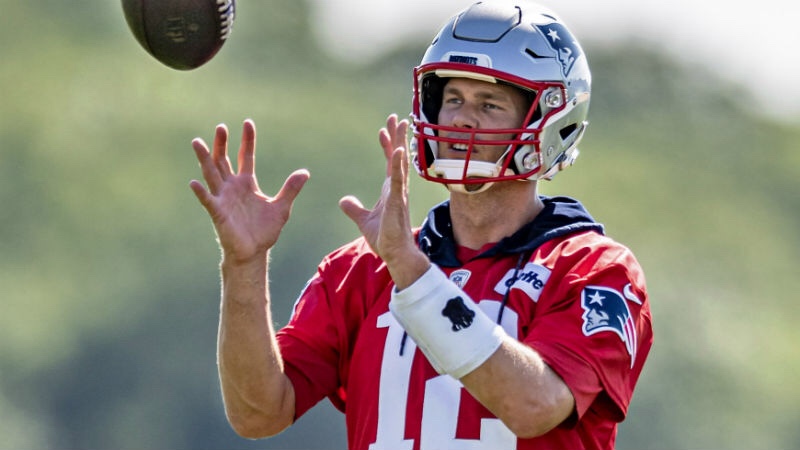 Tom Brady is entering his 20th season in the NFL and is still playing at a high level despite what national pundits were saying last season. Brady is in a contract year so his contract situation will be worth monitoring.

Brian Hoyer will once again be the back up. Hoyer is entering his 12th season in the league and his sixth with the Patriots.

Rookie quarterback Jarrett Stidham will be the third quarterback if the Patriots elect to carry one. He could also spend the season on the practice squad.

Tom Brady: Brady played well in 2018 but there times when he struggled particularly with timing and anticipation. Despite that, Brady threw for 4,355 yards, 29 touchdown passes and 11 interceptions. His passer rating however was a 70.5 so it left something to be desired.

The Patriots became more of a 21 personnel, run first type of team last season. They played to their personnel strengths but they also did it to take pressure off of Brady by running the football more. Expect the Patriots to do more of the same this season. The personnel will dictate but so will Brady’s age.

Despite his age and the Patriots style of play, Brady proved that he still has it by leading the Patriots on a game winning drive in overtime against the Chiefs in the AFC Championship game.

Brian Hoyer: Hoyer is an experienced back up. He is entering his 12th season in the league and his sixth with the Patriots. Hoyer knows the Patriots offense well and can manage a game if he had to play. He has a strong relationship with offensive coordinator Josh McDaniels and his teammates trust him.

Jarrett Stidham: Speculation has been rampant that the Patriots were going to take a quarterback early in the last two drafts. They didn’t. Instead, they drafted Danny Etling out of LSU in the seventh round of the 2018 draft and Jarret Stidham in the fourth round of this past April’s draft.

Stidham has good size and athletic ability. He has plus arm strength and shows good deep ball accuracy. Decision making and anticipation have been an issue however. Stidham tends to hold onto the ball and he takes sacks.

The physical tools are there but Stidham needs mechanical and fundamental work. A year on the practice squad would really help his development.