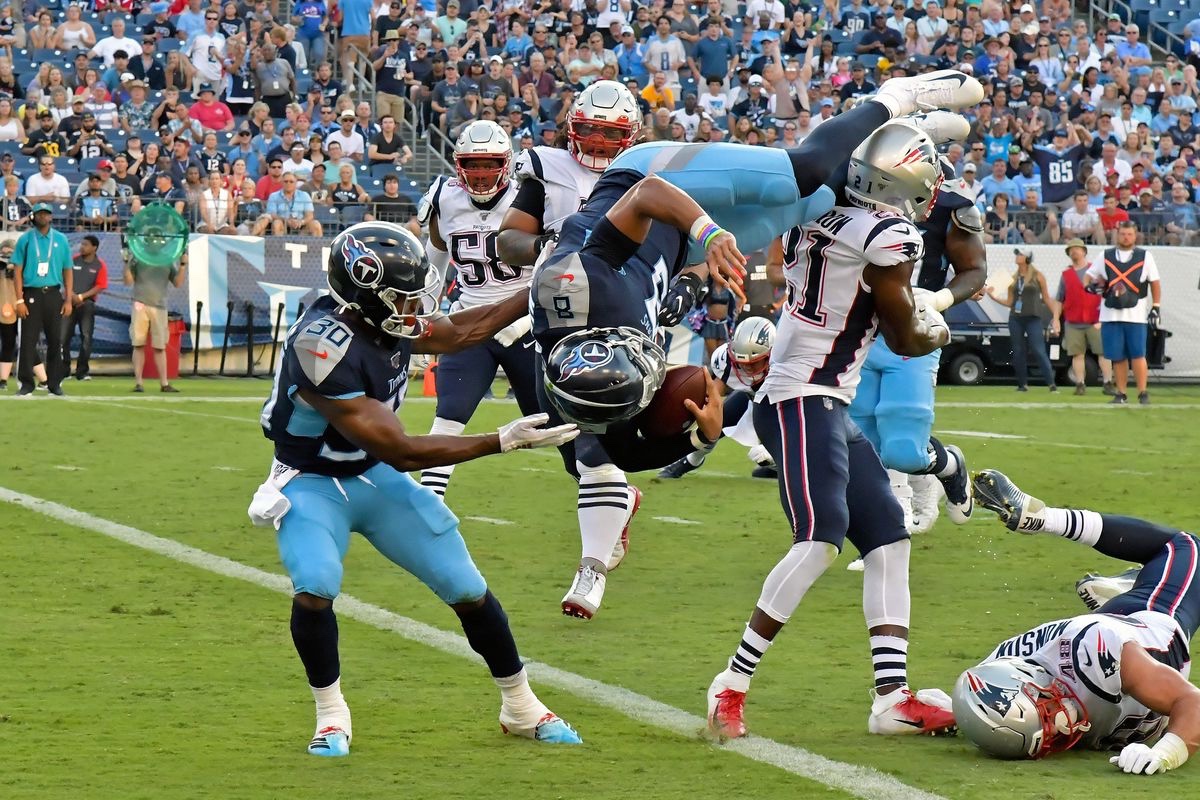 Game Rewind: The Patriots overcame a sloppy start and came from behind to beat the Titans 22-17. Here are five thoughts on the game.

1. Damien Harris dazzles in his debut: Rookie third round draft pick Damien Harris got his first game action in a Patriots uniform and he impressed. Harris carried the ball 14 times for 80 yards and he caught 4 passes for 23 yards. Harris ran hard between the tackles and showed a nice burst in the second level. Harris will be a nice complement to Sony Michel and Rex Burkhead.

2. Stidham impresses again: The rookie quarterback was once again impressive completing 14 of 19 passes for 193 yards and a touchdown pass. Stidham led a 97 yard touchdown drive by moving well in the pocket and showing good poise and accuracy. Stidham is turning heads but he still has plenty to work on.

3. Wino and Williams lead the way on D: Chase Winovich put on a pursuit clinic last night. He chased down multiple plays and reinforced the notion that he plays with a motor.

Both rookies will make an impact for the Patriots this season.

5. Wynn impresses at left tackle: Isaiah Wynn was impressive at left tackle. Wynn has good feet and is fundamentally sound. He doesn’t have the length teams look for at the position but does a great job of controlling defenders with body position and hand usage. Wynn has the potential to be very good and we saw that first hand last night.