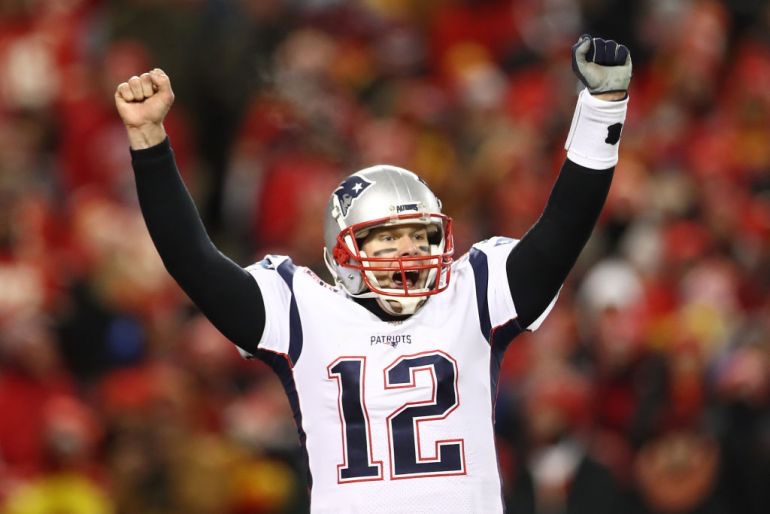 The Patriots kick off the 2019 season on Sunday night at home against the Pittsburgh Steelers. New England will be raising their sixth Super Bowl banner.

The franchise is well positioned to add an NFL record 7th Super Bowl title this season.

Here is my breakdown of the offense, defense and special teams.

Offense: Bill Belichick responded to the March retirement of Rob Gronkowski by loading up at wide receiver. The Patriots drafted N’Keal Harry with their first round pick and also signed three receivers over the spring that they have since released. Since then, the Patriots have added Demaryius Thomas and Antonio Brown in free agency and they get back the recently reinstated Josh Gordon back. Between those three receivers and Julian Edelman, rookie Jakobi Meyers and Phillip Dorsett, the Patriots are loaded at the position which is music to Tom Brady’s ears.

Speaking of Brady, his numbers weren’t up to his usual standards last season but Brady still had a good season. Brady finished with 4,355 yards, 29 touchdown passes and 11 interceptions. While that might not be what people are used to from him, those are still very good numbers.

The Patriots emphasized running the football last season with rookie running back Sony Michel and Rex Burkhead. Michel had a solid rookie season despite missing three games finishing with 931 yards and six rushing touchdowns. Burkhead complemented both Michel and James White well. Burkhead is a dual threat. He can make plays as a runner and receiver. Speaking of James White. He is still the jack of all trades. Offensive coordinator Josh McDaniels will once again line him up all over the place in formations in an effort to generate match ups. Especially on first down.

The Patriots transition to more balanced offense last season was in due in large part to the development of the offensive line. This unit was one of the best in the NFL last season and despite losing left tackle Trent Brown, this unit should still be good. The injury to David Andrews is concerning but Ted Karras is experienced and knows the system so there shouldn’t be much drop off in that regard. If the remaining members of this offensive line stays healthy, this group can still be elite.

It is hard to believe that tight end is a weakness on this team given how great Rob Gronkowski was but it really is. Matt LaCosse and Ryan Izzo offer more as blockers than receivers. I don’t expect the Patriots to be in 11 or 12 personnel much to start the season. When Ben Watson returns in four weeks, then we might see more of those personnel groupings.

Defense: The Patriots have perhaps the most talented defense they have had since 2014. Statistically, this unit has the potential to rival the 03-04 Patriots defenses.

Rushing the passer has been issue in the past but the Patriots pass rush should be better this season. The addition of Michael Bennett should add some juice to this group. Bennett can play the 5, 3 and 9 techniques based on the personnel and front called. Deatrich Wise, rookie Chase Winovich, Jaime Collins and Shilique Calhoun all figure to play pass rushing roles in sub packages. The latter three are linebackers so they can drop into coverage in sub packages.

The linebacking corp is talented and there depth. The versatile Dont’a Hightower can play Mike, Sam and Will. He is a three down player who can fill, drop into coverage and rush the passer. Elandon Roberts will start in the middle. He is undersized but disciplined against the run. Kyle Van Noy is similar to Hightower in that he is a Swiss Army knife. He can play all three downs and do a variety of different things. Ja’Whaun Bentley provides depth at Sam and Mike.

The Patriots secondary could very well be the best in the NFL. Stephon Gilmore was an all-pro last season and the best corner in the league. After struggling early on, Jason McCourty got comfortable with his role and played well down the stretch including a game saving play in the Super Bowl. The Patriots also have quality depth at corner. Jonathan Jones is one of the best slot corners in the league. J.C Jackson and rookie Joejuan Williams are versatile corners who can play inside and on the outside.

The Patriots have one of the best safety groups in the NFL. Bill Belichick values versatility with his safeties. He wants them to play in all three levels of the defense. Devin McCourty, Duron Harmon and Patrick Chung can all do that and more. The addition veteran of veteran Terrance Brooks gives this group another versatile safety.

Special Teams: Kicker Stephen Gostowski is the second longest tenured member of the team. He struggled at times last season but he is still consistent enough to be a top ten kicker in the league. The Patriots surprisingly cut Ryan Allen in camp and kept rookie Jake Bailey. Bailey has a strong leg and has shown ability to consistently place his kicks. Phillip Dorsett, Julian Edelman and James White will handle kick return duties.

Season prediction: The Patriots are once again going to be among the teams favored to win the Super Bowl. The recent addition of Antonio Brown puts them at the top of the list to start the season. Provided the Patriots stay healthy and the lack of a tight end doesn’t effect the offense too much, they should be playing in at least another conference championship game. Expectations are high. This team is good enough to meet them.