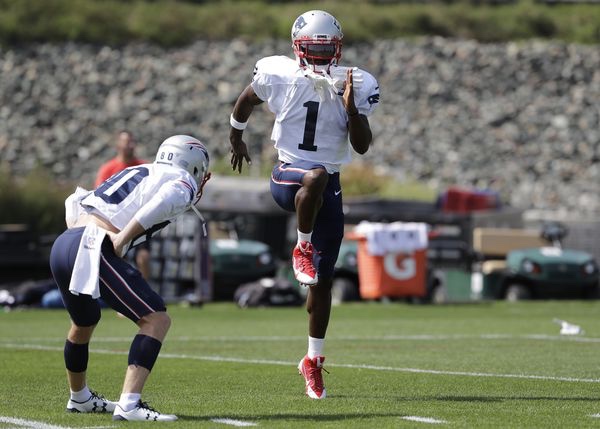 The Patriots have activated Antonio Brown and plan to play him today against the Dolphins. Brown is one of the best route runners in the NFL. He is quick, fluid and shows terrific body control when getting in and out of breaks. He is an easy target for his quarterback to play with.

Here are five routes that Brown runs well and can get open on at anytime.

Diagram 1: Dig route: In this diagram, Brown runs a 10-12 yard dig route. Brown does a great job of exploding into the stem out of his stance and accelerating into the break. Brown is smooth breaking into the top of the route and he creates separation as a result. He has elite quickness after the catch and can separate from defenders.

Diagram 2: Corner route: Brown’s best route on film. He does a great job of exploding into the route in the stem portion. Brown usually creates separation by head nodding the defender over him and breaking to the corner. Brown is terrific along the sideline. He can make contested catches and come down with both feet in. He shows tremendous body control.

Diagram 3: Read seam: Brown is a smart route runner who understands coverages and knows how to attack them. On this seam, he identifies how many safeties are deep. If it is a two deep look, Brown breaks this seam inside. It turns into a post essentially. If it a single high safety look, Brown can either stay vertical versus Cover 3 or break it to the corner versus man free. These are the routes Brown has to get on the same page with Brady. It will take time.

Diagram 4: Deep over route: Brown has done a great job of negotiating traffic on this route whenever he has run it in his career. This is a multi level route. It is a hard inside release, then a vertical stem, then a vertical crossing route that ends up at 15-18 yards on the opposite hash. In theory, it is a man beater however Brown is so good at identifying coverage that he sits it versus zone. He has always found a way to get open on it.

Diagram 5: Now screen: Brown has terrific short area quickness. The Steelers did a great job of utilizing him on quick perimeter screens like this. Plays like this are an effective way to get Brown the ball in the red zone. Don’t be surprised if the Patriots utilize Brown on a now screen today.

Regardless of his antics and allegations against him, Brown is still a top three receiver in the NFL. When he is on the field, he is a play maker. He makes a difference. The Patriots offense was already dangerous without Brown. It is downright scary now.