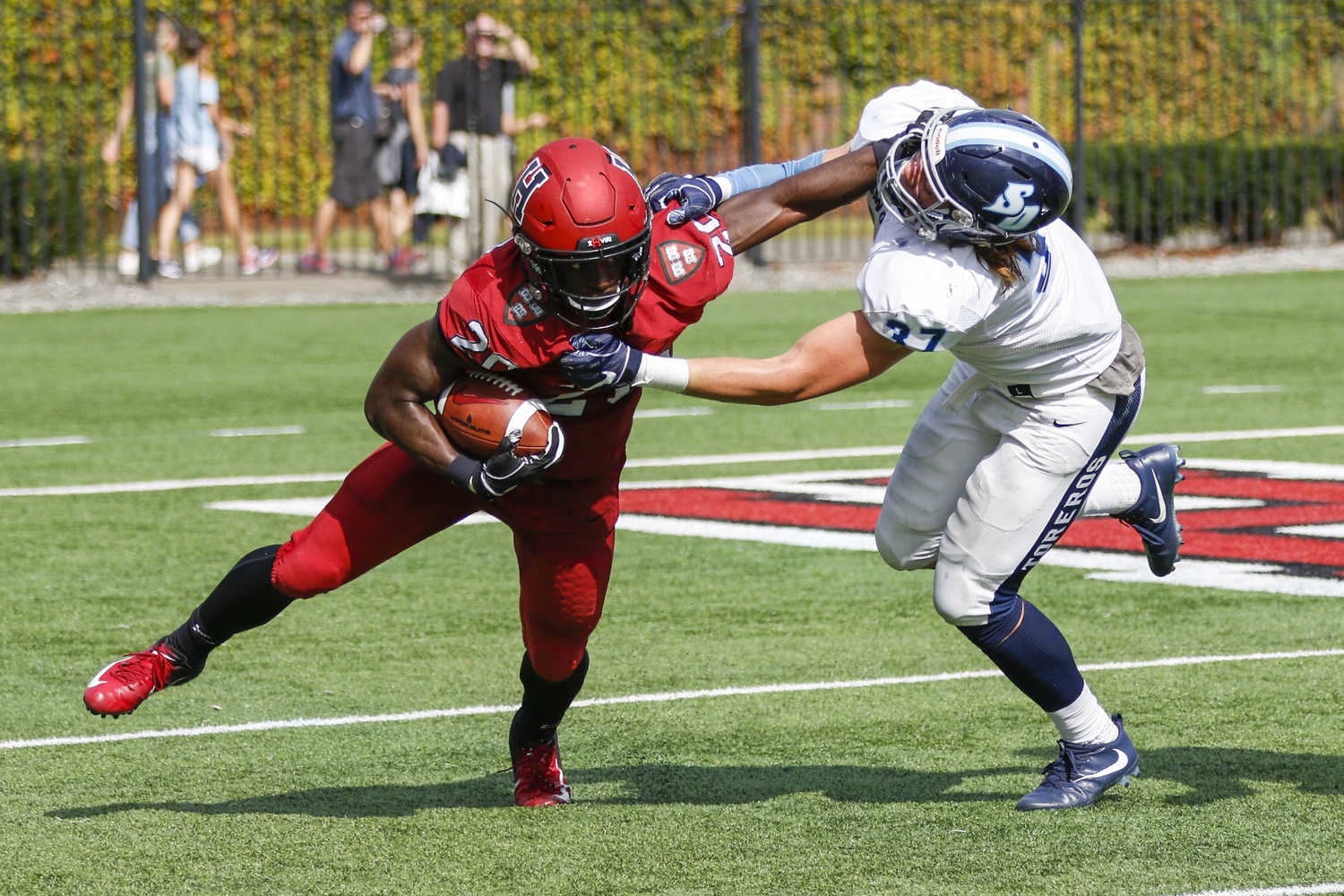 Harvard kicks off its 146th season of football with a trip west to take on the University of San Diego Toreros. USD is 0-2 on the season with losses to Cal Poly and a tough 38-35 loss to UC Davis last week.

Here three thoughts on the game.

1. Start the season right offensively: Quarterback Jake Smith and the Harvard offense need to get off to a good start. The Crimson will run the football with Devin Darrington and Danny Abraham but look for the Crimson to open it up as the game goes on. San Diego is explosive offensively so this may end up being a high scoring affair.

3. No mistakes: Mistakes and penalties are a part of the first game experience. Harvard had to make sure they play smart, don’t turn the ball over and don’t take unnecessary penalties. They need to play a clean a game as possible.

Final Score: Harvard 35 USD 31: I think this will be a shootout. Harvard is young at some key spots on defense so USD will move the ball. The Harvard offense will move the ball as well and they’ll take advantage of a porous USD defense to get the win.