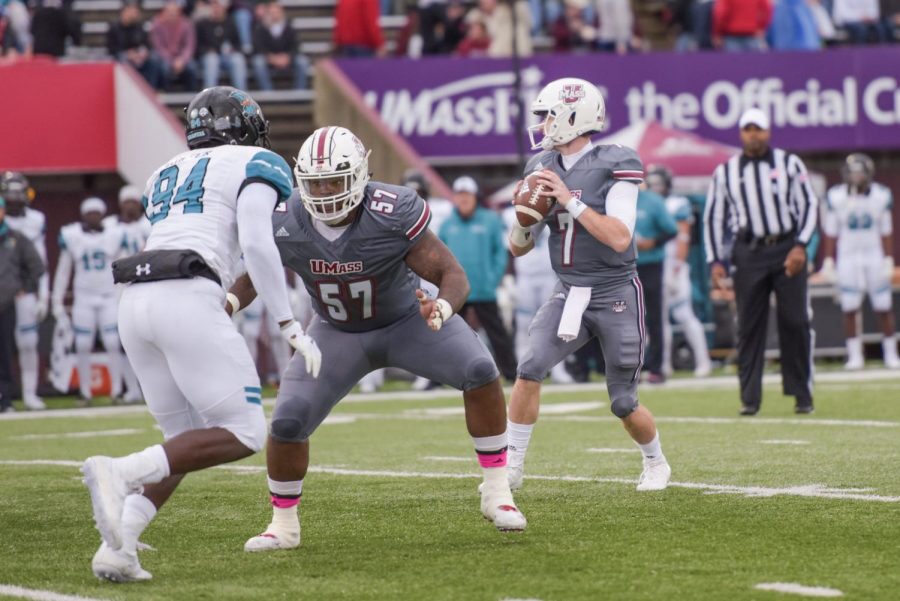 The Minutemen return home to host Coastal Carolina. It was ugly last week for UMass in a 52-17 loss to Charlotte. Defense continues to be an issue as the Minutemen try to find the right pieces to put on the field. It is not easy. The roster is limited from a talent standpoint, particularly on the defensive side of the ball. Offensively, the Minutemen need to find a way to sustain drives and finish. They need to be more consistent.

Here are three keys for the Minutemen today.

1. Get off to a good start offensively: The Minutemen were able to get off to a good start offensively in the opener against Rutgers but it has been a struggle since then. UMass needs to score early and take some pressure off themselves but more importantly, take pressure off the defense. It will be tough finding the end zone today. Coastal only gives up 14.7 points per game.

2. Control the running game: Coastal averages 215 yards a game on the ground. Their ground game spearheaded their upset win over Kansas two weeks ago. UMass has been atrocious against the run thus far. They must find a win to control the line of scrimmage and stop the run.

3. Four quarter effort: The effort needs to be there for four quarters. UMass is competing but it is hard to say that the effort is always there. The compete level and the effort have to be in sync in order to compete at a high level and win games.

Final score: Coastal Carolina 45 UMass 28: The offense will improve but there is no fixing this defense right now. There just isn’t enough talent on hand to consistently stop teams. Coastal Carolina will be able to run and throw the ball. The Minutemen just won’t be able to keep up in what could be an entertaining game.