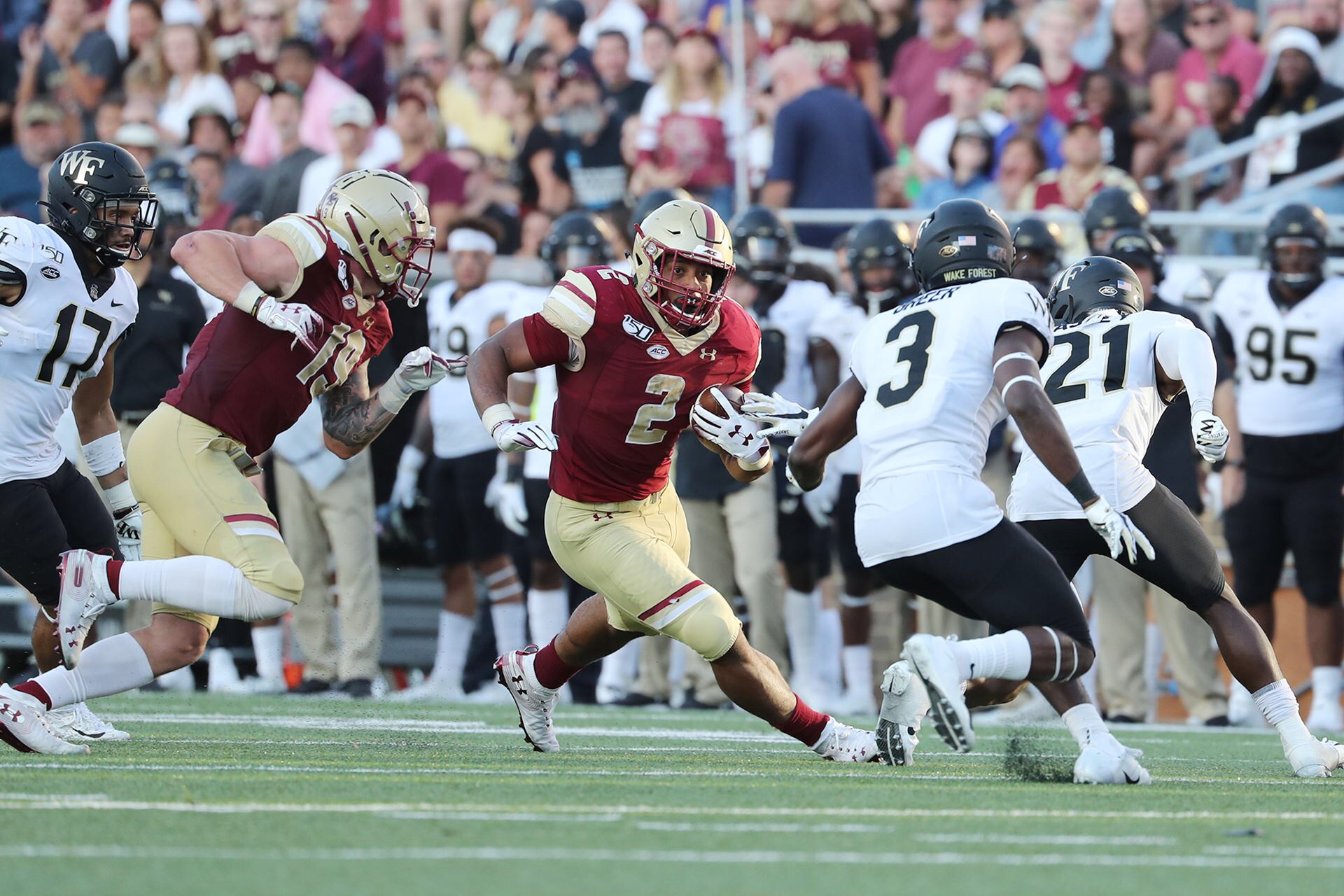 Game Rewind: The Eagles had a Golden opportunity to win this game but thanks to some untimely mistakes and some questionable coaching decisions, Boston College lost a heartbreaker to Wake Forest 27-24.

1. Defense struggled on third down: I thought Boston College played well at times on defense but their inability to get off the field on third down killed them and in many ways, cost them the game. Wake Forest converted 17 of 24 third down opportunities. That is back breaking if you are in a tight game.

2. Offensive dominance: You could make the case that this was Boston College best game on offense this season. The Eagles totaled 533 yards of total offense. Anthony Brown threw for 268 yards and two touchdowns. The Eagles ran for 252 yards highlighted by A.J Dillon’s 159 yards rushing. It is shame the Eagles wasted this effort from their offense in a loss.

3. Coaching mismanagement a factor: Steve Addazio mismanaged this game. Plain and simple. From taking a delay of game penalty on a field goal attempt to some questionable fourth down decision making, the Eagles head coach didn’t have the best of days. After the game, Addazio acknowledged as much.

“I saw the clock ticking down. I was going to call a timeout. I thought we were still going to get it off in time. I didn’t want to lose my timeout. I knew we would need those timeouts at the end of the game. I was trying not to burn it, and it was a hair close. Obviously lost that decision by a half a second. That’s what it came down to”

I don’t think Addazio is taking ownership there but he acknowledged that the situation could have been handled differently. In games like this that are close, indecision and mismanagement can make all the difference.

4. Defense does a good job with the delay mesh: All week long, all we heard was about the Wake Forest mesh on their midzone and veer play. While it is unique and different, it isn’t very difficult to game plan. All Wake is doing is trying to get the linebackers on defense to hold for a second longer so that they can eventually pull the ball and either throw an RPO behind them or quarterback Jaime Newman can pull it and run a follow play. .

5. Missed opportunity: I felt Wake came into this game a bit overhyped. The Eagles were not only good enough to play with them but beat them as well. Losing this game hurts because quite frankly, Boston College should have won.