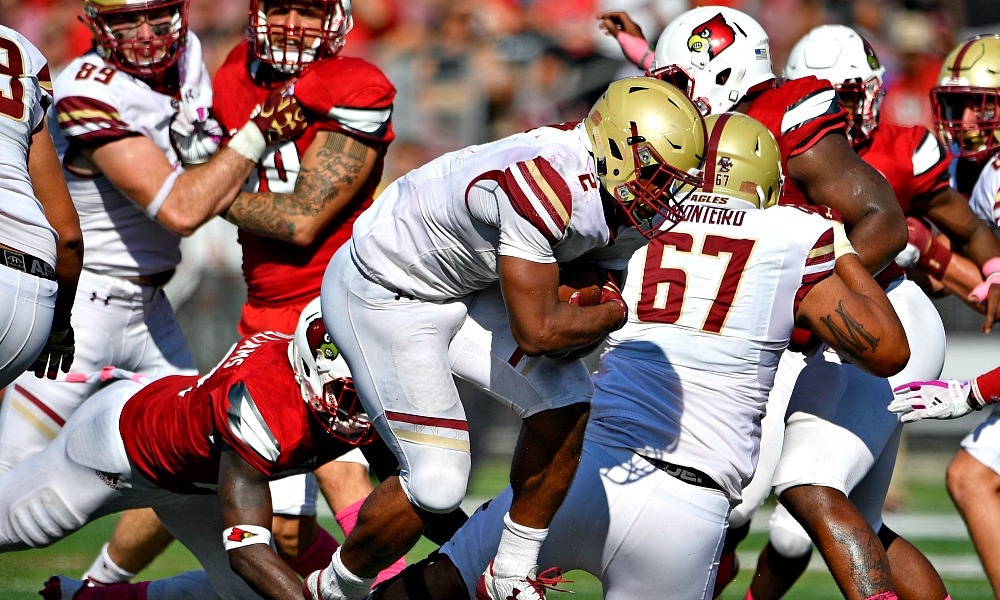 The Eagles will look to bounce back after a tough loss to Wake Forest by hitting the road to play Louisville. The Eagles have had the Cardinals number of late beating them in their last two meetings. The game today will feature the first head to head coaching match up between Steve Addazio and Scott Satterfield.

2. Stop the run: The Eagles are ranked 102nd in the country against the run. They did a decent job last week against Wake quarterback Jaime Newman and running back Cade Carney but overall, their run defense has been bad.

The Eagles defense will have their hands full today with Louisville quarterback Jawon Pass and a Cardinals rushing attack that features a bevy of running backs who can get touches in a myriad of ways. B.C must find a way to get Louisville into long down situations.

3. Feed the beast: The last time B.C played at Louisville, running back A.J Dillon rushed for 272 yards. Louisville’s defense is better but this offense still flows through Dillon so get him early touches and let the running set the tone.

Final score: Boston College 31 Louisville 24: If the Eagles can avoid the pre-snap penalties that have plagued them and some coaching gaffes, they should take care of business today against a Louisville that they are better than.