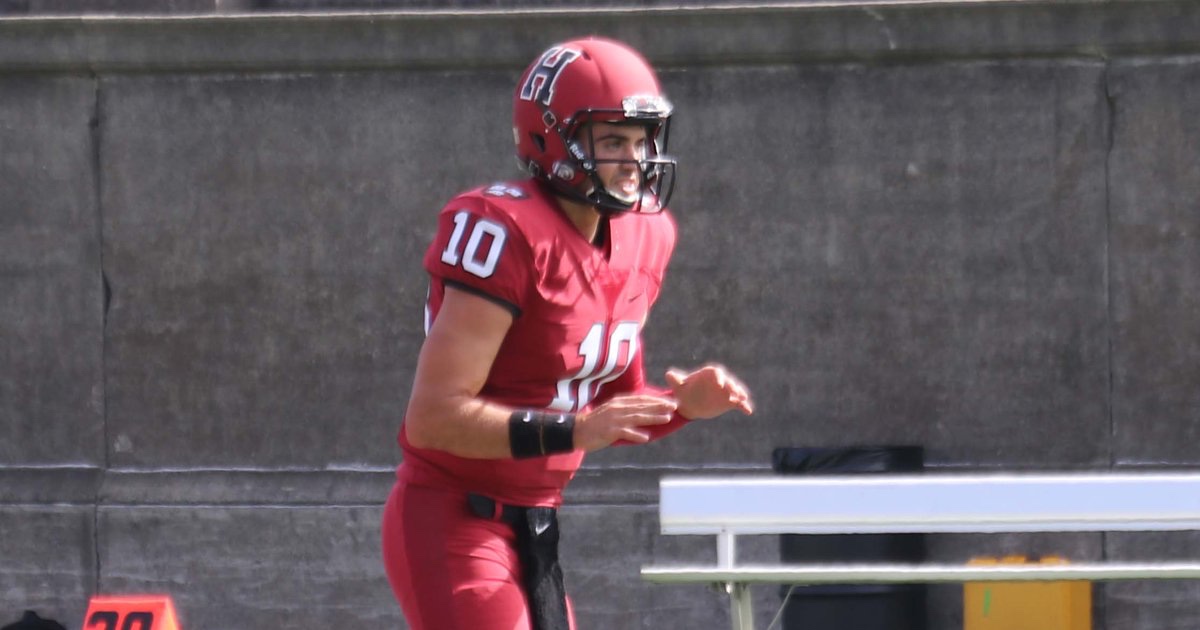 Jake Smith was impressive last week in the Crimson’s over Brown.

The Crimson welcome Howard University to Cambridge for the first ever meeting between the two programs. After losing to San Diego in week one, the Crimson bounced back last Friday night beating Brown 42-7.

Here are three thoughts on this game.

1. Jake Smith must carry over last week’s performance: Smith was terrific in the win over Brown last week going 22 of 29 for 229 yards and four touchdown passes. He got his confidence back and that is important for this Harvard offense moving forward.

2. Stay aggressive defensively: Harvard had a terrific plan last week against Brown quarterback E.J Perry. They pressured him, spied him and they varied their fronts and coverages. The game plan will have to be the same today against Howard quarterback Quinton Williams who is a good athlete and a dual threat.

3. Strike fast: Howard has been terrible defensively thus far this season. The Crimson need to strike fast and put them away early. Howard has good athletes. If they are allowed to hang around, they could make this a game.

Final score: Harvard 42 Howard 14: The Crimson offense and defense played well last week and look for more of the same this week against a Howard team that really struggles defensively.