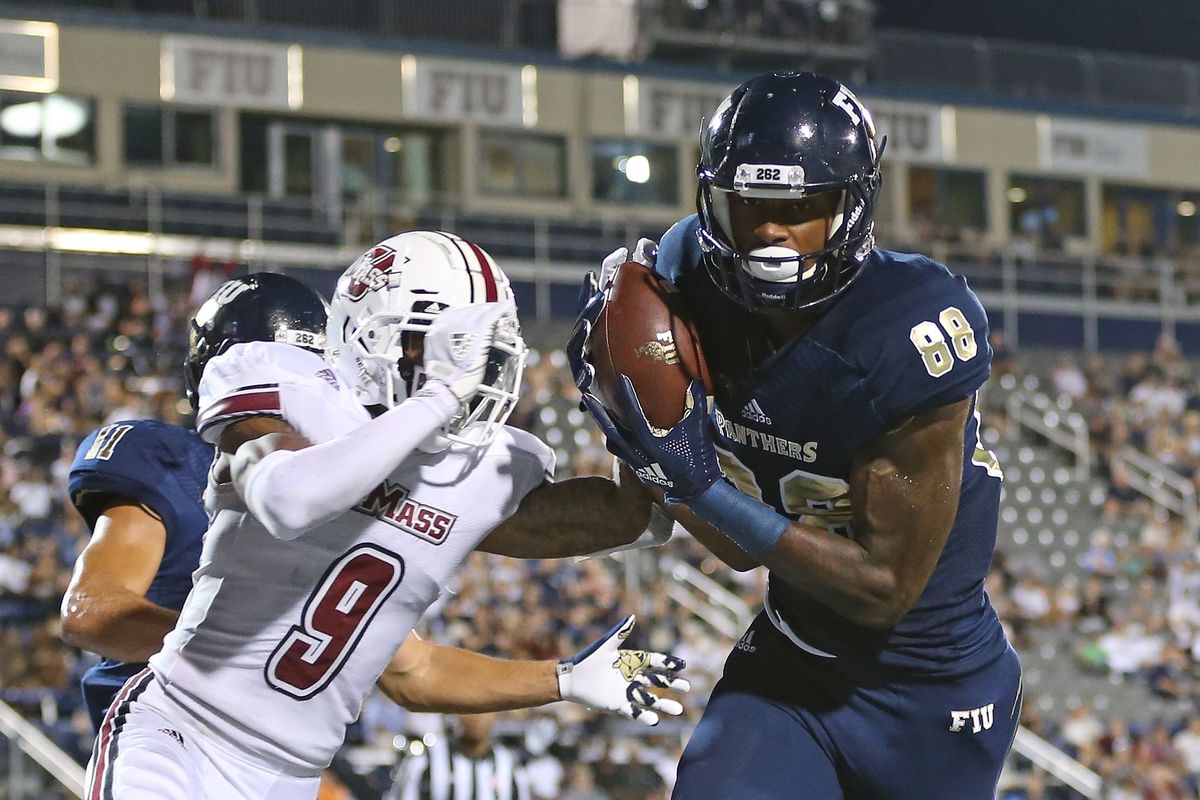 After finally getting a win last week over Akron, the Minutemen will look to build on that performance when they hit the Sunshine State to battle FIU today. The two schools have put together a nice little rivalry in recent years that has featured some close games. This is the fifth meeting between the two schools.

Here are three keys for the Minutemen in this game.

1. Defense must continue to improve: The Minutemen played their best game of the season defensively last week in the win over Akron. Despite that, they are still giving up 47 points per game and over 500 yards of offense. FIU quarterback James Morgan has a tendency to turn the ball over. If UMass can get some consistent pressure and force him from the pocket, they could generate turnovers and get stops.

2. It’s Michael Curtis’ team now: Curtis played well last week in the win over Akron and despite getting hurt, he is starting today. Right now, he is a better fit in Walt Bell’s offense than Randall West. He gets the ball quicker and has more command of the offense. UMass will need him to play well again today.

3. Run the “Ally” Early: Bilal Ally carried the ball 15 times for 97 yards last week against Akron. He gave the Minutemen some much needed balance. If the Minutemen can effectively run the ball early, they can control the pace in this game and keep it close.

Final score: FIU 38 UMass 28: The Minutemen will compete in this game but they still have some legitimate deficiencies on defense and that will be the difference in what should be a tight game between these two.