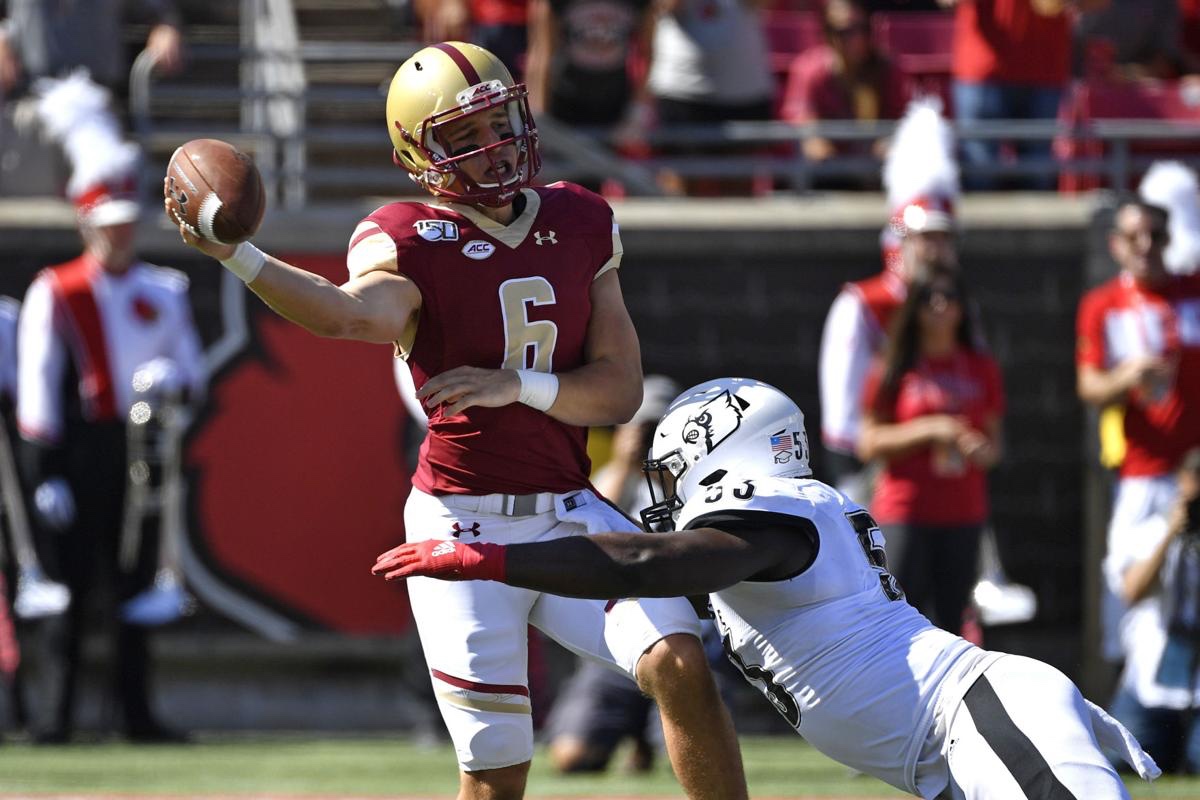 Game Rewind: The Eagles lost a heartbreaker in Louisville yesterday 41-39. The Cardinals kicked the game winning field with 1:02 left in the game after completing a six play, 52 yard drive to end the game. The story of this game was once again the defense. They gave up 664 yards of offense and allowed Louisville to convert on 8 of 16 third downs. Needless to say, the Eagles have a lot to work on defensively.

1. Defense struggles again: As I mentioned earlier, the defense struggled again giving up 41 points, 664 yards of offense and allowing Louisville to convert 8 of 16 third downs. It was an awful performance for unit that has been flat out bad this season.

2. Anthony Brown leaves game early: Quarterback Anthony Brown left the game early in the second quarter with a knee injury. The severity of the injury is unknown but according to sources, the Eagles are preparing as if Brown will be out for awhile.

3. Offense once again delivers: Despite losing Brown early, the Eagles played well offensively. Back up quarterback Dennis Grosel stepped in and did a nice job completing 9 of 24 passes for 111 yards and three touchdowns. The Eagles finished the game with 563 yards of total offense. 304 yards passing and 259 yards rushing. It was another solid effort wasted by the defense.

4. Dennis Grosel impresses: Despite only completing 9 of the 24 passes he attempted, Grosel did a nice job of moving the offense and keeping the Eagles in the game. He threw three touchdown passes and looked comfortable in the offense. If Anthony Brown is out for any length of time, the Eagles have a competent back up in Grosel.

5. Eagles enter the bye banged up: The Eagles got banged up in this game. Besides losing Brown, Zay Flowers and A.J Dillon walked off gingerly as well. Both came back into the game but the Eagles could really use this upcoming bye week. They need to get healthy.