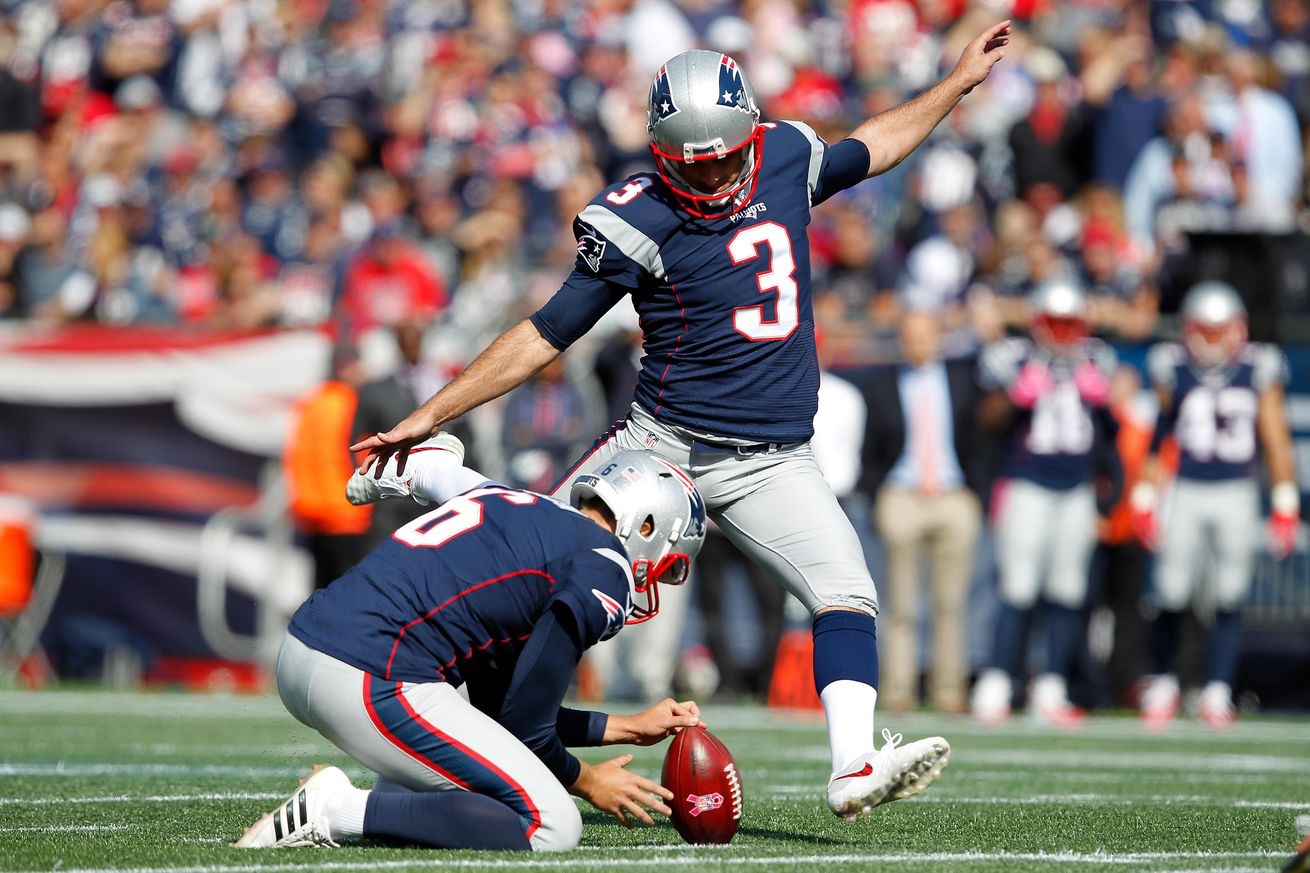 For all of you Patriots fans that are relieved to see that Stephen Gostkowski has been placed on I.R, be careful what you wish for.

Gostkowski has been one of the most productive kickers in league history in his career. He has made 98.3% of his extra points and 87.4% of field goal attempts.

While Gostkowski has struggled over the course of the past year, he is still a top five kicker in the league in that span. It is obvious that his struggles were related to injuries.

The Patriots have signed veteran Mike Nugent and journey Younghoe Koo to replace Gostkowski. Nugent will get the first crack at replacing him. For his career, Nugent has made 81.4% of his field goals and 96.3% of his extra points. He is not as good as Gostkowski for his career and that’s why he was available.

Despite that, Nugent is the guy moving forward but don’t be surprised if he struggles. He has throughout his career. You will miss Stephen Gostkowski more than you think.