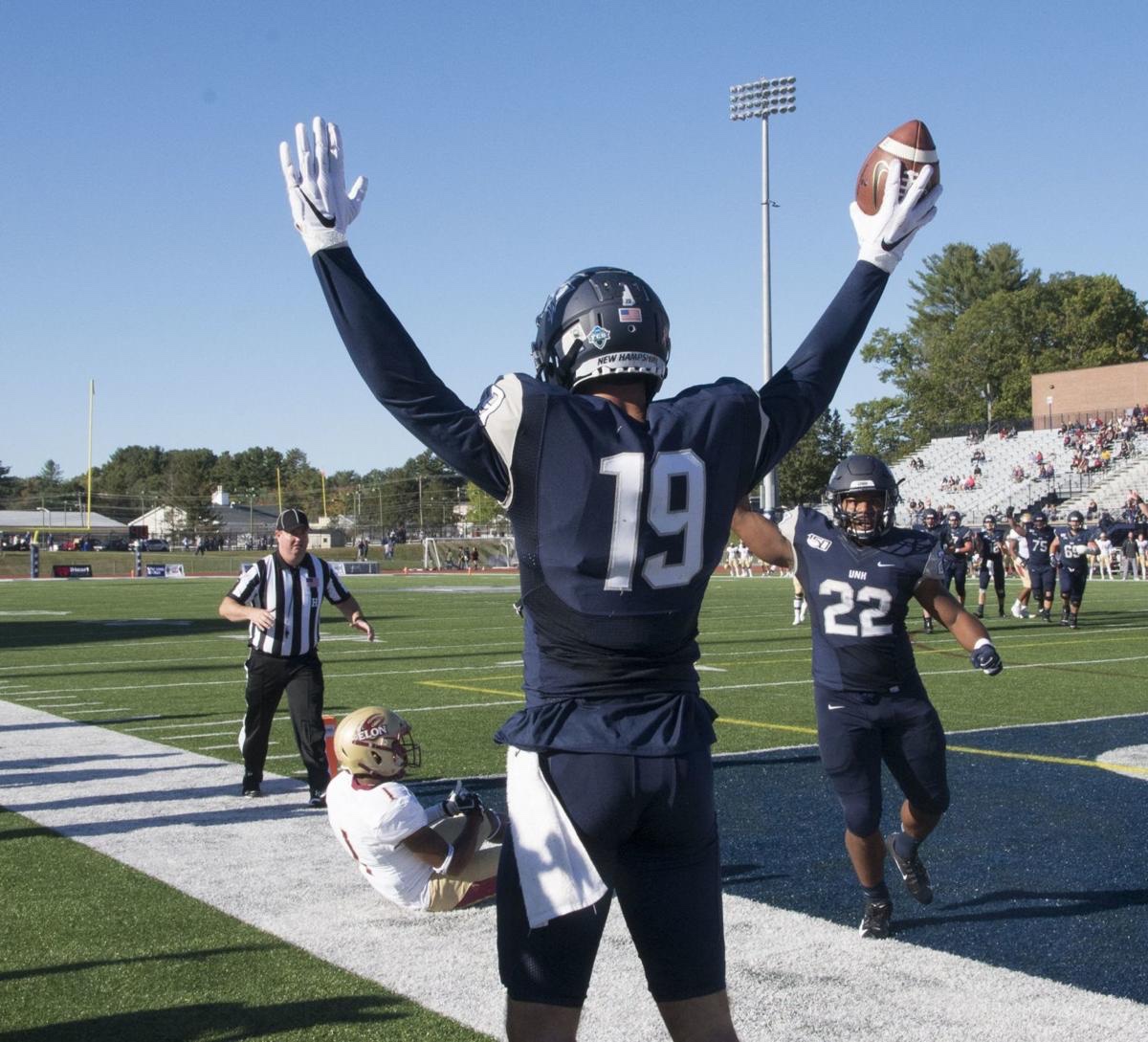 Here are some thoughts on week six of the division one college football season in New England. There were some great interesting results, most notably UNH winning their third straight home game.

1. Boston College lost a 41-39 heartbreaker to Louisville. The defense once again struggled giving up 41 points and over six hundred yards of offense. On the bright side, the offense continued to produce despite quarterback Anthony Brown getting hurt in the second quarter. Back Dennis Grosel played well, throwing three touchdown passes.

2. Speaking of Anthony Brown. Coach Steve Addazio has been mum on Brown’s status. The bye this week comes at the right time but it appears that Brown might be out for a while.

3. Harvard smashed Howard 62-17. The Crimson have scored 104 points in their last two games. The offense is starting to click with Jake Smith at quarterback and running backs Devin Darrington and DeMarkes Stradford. The two backs combined for 223 yards and five touchdowns against the Bison.

Harvard is more balanced offensively and with a young defense starting to come into its own, the Crimson appear to be a threat in the Ivy League.

4. So much for UMass carrying over momentum from their win against Akron. FIU absolutely rolled the Minutemen. It was an abysmal performance from a program that is looking to develop some consistency.

5. URI picked up a huge program win on Saturday, beating Brown 31-28 to secure the Governor’s Cup. The Rams offense has been pretty good thus far this season but it was their struggling defense that finally stepped it up.

6. Dartmouth made a huge statement in the Ivy League with their 28-15 win over Penn. The Big Green passed their first test but they still have Harvard and Princeton left at the back end of the schedule. The Big Green could be undefeated going into those games.

7. Bryant and Merrimack renewed their old NE-10 rivalry on Saturday with the Bulldogs winning 24-17. Bryant relied on their special teams and defense to give Head Coach Chris Merritt his first win in Smithfield.

8. Holy Cross improved to 2-3 after their 21-14 win over Bucknell. It wasn’t pretty for Bob Chesney’s squad but the offense finally got going and scored some points to help the Crusaders pick up the win.

9. Make it three straight home wins for UNH as they beat Elon 26-10. The Wildcats defense was the story in this one. UNH had a pair of defensive touchdowns on interceptions by senior safety Evan Horn and freshmen linebacker Oleh Manzyk. The Wildcats are starting to gel under interim coach Ricky Santos and are poised to make a run in the CAA.