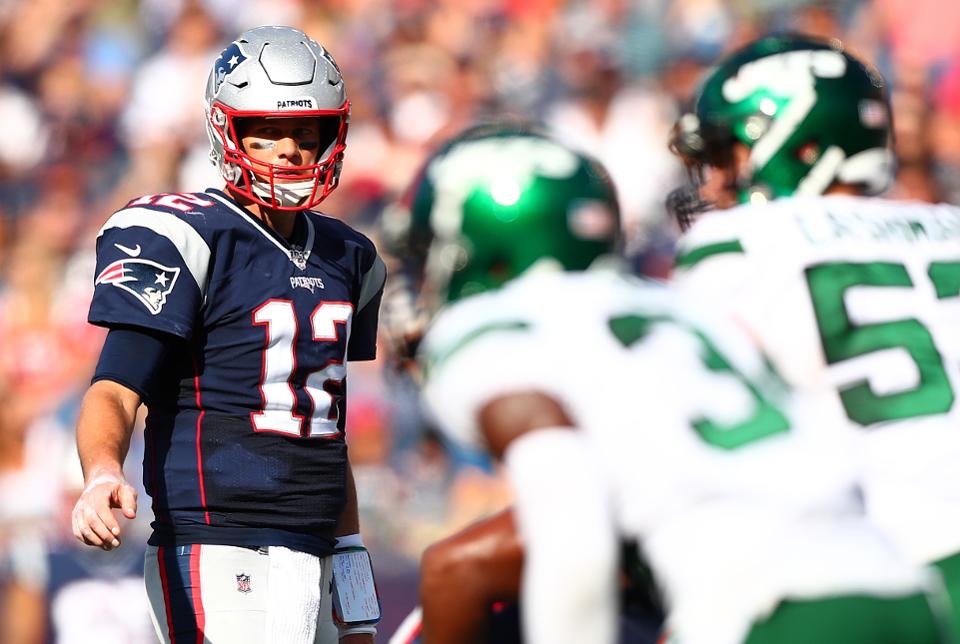 The Patriots travel to New York to battle the Jets on Monday Night Football. The Patriots will once again be short handed on offense with Josh Gordon, Ryan Izzo and Matt LaCosse all expected to miss the game. The Patriots will be getting Phillip Dorsett back which should help.

The Patriots beat the Jets 30-14 in Week 3 but this game could be very different with Sam Darnold back and the Jets at home.

Here are five keys for the Patriots tonight.

1. Get off to a good start offensively: Slow starts offensively have been a problem for the Patriots this season. It seems like this is a key to victory every week but until the Patriots start playing better at the start of games, it will continue to be an issue. Getting off to a good start is not only a confidence booster for the offense. It is for the defense as well. They need to know the offense will produce enough for them to win.

2. Blitz pick up: When facing a Gregg Williams defense, pass protection and blitz pick up are focal points. The Patriots not only must identify the Jets fronts but they must also identify how many guys are coming on the blitz depending on the down and distance. Williams loves to send delay blitzes and over load sides and bring edge pressure. The Patriots offensive line, tight ends and backs must communicate and be on the same page in order to pick up these pressures.

3. Get consistent pressure on Darnold: Darnold was on point last week when he had time against the Cowboys. The Patriots need to get consistent pressure, especially A gap and B gap pressure. Forcing Darnold from the pocket and making him throw on the run will disrupt his rhythm.

4. No big plays in man coverage: The Patriots defense is playing at a historic level but the one thing that is concerning is the amount of big plays they have given up in man coverage. The Jets have the receivers needed to exploit this. If it is second and long or third and long, you know the Jets are going to take shots down the field. The Patriots cannot allow them to convert by giving up big pass plays one on one.

Final score: Patriots 24 Jets 17: Do not expect a repeat of the week three game. The Jets will play the Patriots much tougher this time around. Sam Darnold is healthy but more importantly, the Jets defense is healthy. Expect a close game that will come down to the wire. The Patriots will pull it out but it’ll be a battle.