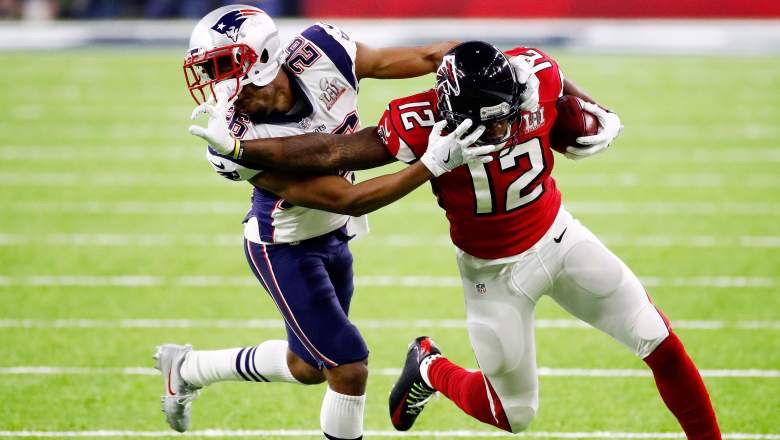 Bill Belichick has always had an interest in acquiring wide receiver Mohamed Sanu. Since his days at Rutgers, Sanu has eluded Belichick. After being drafted in the third round of the 2012 draft by the Bengals, Sanu signed a five year, $32.5 million dollar contract with the Atlanta Falcons.

After attempting to trade for Sanu during this past April’s draft, Belichick finally got his man yesterday when he traded a second round pick in the 2020 draft for the veteran wideout.

Belichick knew what type of person and player Sanu was because of his relationship with former Rutgers coach Greg Schiano. We all know Belichick’s affinity for Rutgers players, it is well documented. For a long time, much of Belichick’s interest in drafting players from Rutgers was due in part to his relationship with Schiano but it was more than that. Rutgers has always been a special place to Belichick since his days with the Giants.

To be clear, Belichick didn’t pay a high price for Sanu simply because he is from Rutgers. Sanu is a good athlete and a terrific route runner who can consistently get open.He has strong hands and is a threat in all three levels of the passing game.

Sanu’s receiving talent is well documented but it isn’t the only reason Belichick acquired him. Sanu is also a former quarterback. The Patriots love players who are versatile and can do different things. Sanu fits the bill. The Patriots will use him in several ways.

Sanu will start opposite Julian Edelman and like Edelman, he can play all four receiver spots and be effective. Sanu can make plays off the line and in the slot.

Sanu is a smart football player so he should have no problem getting acclimated to the Patriots passing game or their complicated route adjustments. He will be expected to produce right away, especially now that Josh Gordon’s time in New England appears to be over.

The Patriots got their man. Now they have to get him ready to play Sunday.